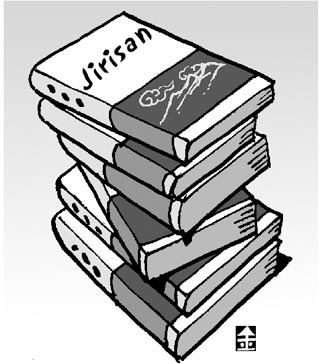 Yet another visitor made a controversial visit to the Yasukuni Shrine recently, a new unfortunate development.
Former Taiwanese President Lee Teng-hui visited Japan last week. While there, he paid his respects at the Yasukuni Shrine, where his older brother is registered under the Japanese name Takenori Iwasato. Lee’s brother fought in World War II as a Japanese soldier.
Many people were startled. The act poured cold water on the efforts made by other Taiwanese people who have sued the Japanese government asking for the names of their fathers and brothers to be removed from the Yasukuni list of soldiers.
At the Yasukuni Shrine, there are not only 28,000 Taiwanese registered with the Japanese, but also 21,000 Koreans.
Lee Teng-hui made great achievements in Taiwan’s history.
He began direct elections in the country, and ended the long rule of the martial law government of the Kuomintang. No one would argue with him when he says that he is “proud of switching the government to a democratic one from a dictatorship without shedding blood.”
However, the Japanese right wingers are the ones who recently gave Lee Teng-hui high praise.
Cartoonist Yoshinori Kobayashi’s comic book, “On Taiwan” states that Taiwan was able to develop because of Japan’s colonial rule.
In the book, Lee Teng-hui is described as a model of the “Japanese spirit.” That spirit consists of self-sacrifice to put the public’s needs first, the courage to risk his life when it is necessary and cautious and endless self-discipline. These aspects of the samurai spirit have been forgotten by the Japanese. Therefore, the Japanese should should learn from Lee Teng-hui, the book argues.
Lee also praises the Japanese colonial days. “Goto Shimpei, who ruled Taiwan in 1898, when bandits were everywhere in the country, got rid of the deadly pests and put all his efforts into education. Today’s Taiwan is built on this basis. Until I was 22, I was Japanese. Before graduating from the University of Tokyo, I received a traditional Japanese education. And my culture continues in the Japanese tradition.” He even commented during his visit that “mainland China and the Korean Peninsula have made the Yasukuni Shrine a problem. The Japanese are responding with excessive modesty.”
While he was waiting in the airport to leave the country, an angry Chinese person threw a plastic bottle of water at him.