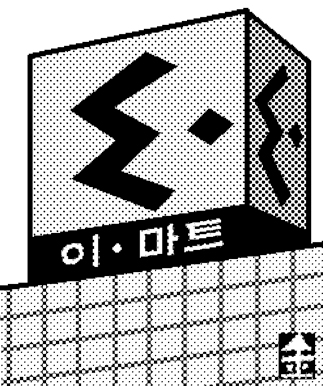 The first E-mart store opened on Nov. 12, 1993 in Chang-dong, Seoul. A huge storage facility was renovated into a store. The sales on the first day were worse than expected. The company distributed press releases to media outlets and leaflets in the neighborhood, but the three-story building was almost empty all day long so it felt barren like a chilly autumn day. The idea of a bulk retailer was very new, and the store did not have a good selection of food products even though those were its main items, so the store did not attract many customers.
The manufacturers of best-selling instant noodles, coffee and condiments refused to supply their products because they worried that if their products were on display in large quantities for discounted prices they would look like goods for a clearance sale. It was only years later that major food manufacturers started to supply their goods to E-mart.
But these days, things have gone the other way around. Food manufacturers do almost anything that the retailer wants. There is nothing they can do about it because the mega-size market makes up some 30 percent of their sales. Except for a few large companies, most food companies cannot say no when the retailer asks them to have a “buy-one-get-one-free” sale.
Retailers are gaining power all around the world. Suppose the Wal-Mart kingdom, the first discount retailer, were a country. The retailer is China’s eighth-largest trading partner because it imports goods worth $20 billion a year from China.
The term “Wal-Mart effect” originally had a good meaning. Wal-Mart contributed to the decade-long boom in the 1990s in the United States, and McKinsey called this the Wal-Mart effect. Analysis went on that in the neighborhood where a Wal-Mart store opens, prices of basic necessities fall by more than 10 percent. This was called another Wal-Mart effect.
But the store had bad effects as well. The opening of a Wal-Mart destroyed local stores. People started to call this another Wal-Mart effect.
If the business hours of megasize discount stores in Korea are limited to until 8 in the evening, an economic loss of more than 4 trillion won ($4.2 billion) would follow. As politicians attempt to reduce open hours and days of discount stores in a bid to protect small store owners, experts in the academic field released this calculation.
It is time to study the merits and demerits of the bulk retailer. Not long ago, Korea’s retail David, E-mart, pushed the American Goliath, Wal-Mart, which has 6,000 stores around the world, out of the country.