Do you feel lucky, punk? Film fans probably will

Do you feel lucky, punk? Film fans probably will 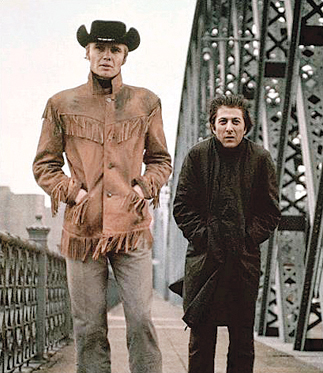 In a country where the latest blockbuster films dominate DVD rental stores, it can be impossible to find classic movies such as “Dirty Harry,” but later this month old time movie buffs can rejoice when 10 American movies from the 60s will be shown at the Seoul Art Cinema.
This film festival, from June 22 to Jul 8, will bring back the days when films were based on good scripts, not computer graphics.
The event is called “The Last Great American Picture Show,” organized by The Korean Association of Cinematheques.
The films to be screened define the “American New Cinema,” a term that was first deployed in Time magazine in 1967 to describe “Bonnie and Clyde,” directed by Arthur Penn and starring Warren Beatty and Faye Dunaway.
The term was used to refer to American films that offered a fresh vision after a period in which American filmmaking had been stagnant.
These movies reflected currents in American society, especially the movement against the Vietnam war. Twenty years later, these movies still have cultural and artistic merit and they remain influential.
Three of the festival’s 10 films star academy award winner Dustin Hoffman.
The movies to be shown include “The Manchurian Candidate,” directed by John Frankenheimer in 1962 and starring Frank Sinatra, Laurence Harvey and Janet Leigh. 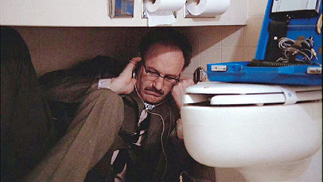 Gene Hackman in “The Conversation.”

The movie features a former POW from the Korean War (Sinatra), who becomes a political assassin after being brainwashed by Communists.
“The Graduate” was released in 1967. It was directed by Mike Nichols and stars Anne Bancroft, Dustin Hoffman and Katharine Ross.
The movie is about a college graduate who has an affair with the wife and daughter of his father’s business partner and it has one of cinema’s best soundtracks.
Another film starring Hoffman is “Midnight Cowboy,” released in 1969 and directed by John Schlesigner. The movie is about a male prostitute and his friend trying to survive in New York.
Other films include “Easy Rider;” “Little Big Man,” another Dustin Hoffman movie, directed by Arthur Penn; “Dirty Harry” starring Clint Eastwood; “The Last Picture Show” with Jeff Bridges; “Sweet Sweetback’s Baad Assss Song;” “Badlands;” and “The Conversation.”