2 women travelling on their own

2 women travelling on their own 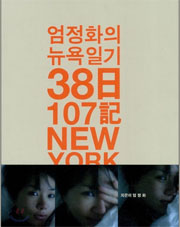 In a passage from her diary on her first day in New York from the book “38 Days and 107 hours in New York,” the singer-actress Um Jung-hwa gets in a yellow cab from Midtown to Chelsea, where she is mesmerized by an endless attraction of streets adorned with posh galleries and cafes.
“It must be true that half of New Yorkers are artists,” she writes. “I come back to my place and listen to ‘P.M.’ Oh, my god! I am in New York.”
The book, which documents her month-long journey to the Big Apple, delves into her everyday life, her visits to posh cafes and clubs and her trivial conversations with strangers in town.
There is an odd connection between Um’s diary, which just came out in Korean, and “The World is Your Drama” by Kim Yun-jin, the actress of the hit ABC series “Lost,” who wrote about her journey to Hollywood. Both are travelogues that delve into the fear Asian women feel away from home. They speak from the heart about coming to terms with their values after exposing them to a new world.
For Um, it was a break from her everyday career as an established singer and actress. Kim left for Hollywood shortly after she won a prestigious acting award in Korea, which she had earned after a number of dismal failures on screen.
Indeed there is something irresistibly romantic about discovering ourselves outside our protected realm. They did so, courageously.
Kim learns about racial pitfalls during a poster shoot for “Lost” when she and African-American actors were led to the back row by the broadcaster. She also notes her ambiguous identity as a Korean-American in her earlier years in Korea when she was gently turned down for director Lee Chang-dong’s film because “there’s something not really Korean” about her image.
Um, too, seems almost imposed upon when a man who approached her in a club asks if she is a good cook because she is from Korea. She adamantly responds in her broken English, “No, I am a princess.” 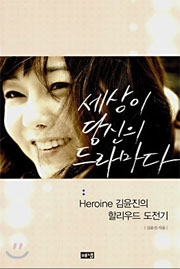 “The World is Your Drama” By Kim Yun-jin.

Though the two books contain a lot of sugar-coated descriptions of a cosmopolitan style-heaven, which is clearly meant to attract young career-driven Korean women fascinated with the scale of Hollywood sets and glamour shots on artsy streets, they possess a rare hope about the reality of young Korean women.
Fear empowers them and that’s a big shift in a culture where “traveling” has traditionally been the territory of men.