[Books in brief]From a wall to the world

[Books in brief]From a wall to the world 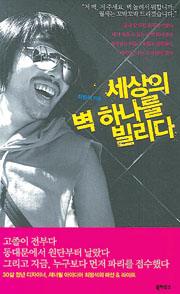 Borrowing a Wall from the World

“Borrowing a Wall from the World” (Book House) by fashion designer Choi Bum-suk features writing and photographs about his experiences as one of the few self-taught Korean designers.
Born in Seoul, Choi started selling clothes next to a wall he rented on an alleyway near Hongik University. He had his success with his store in the Uijeongbu area called “Cheese.” From there, he created his own fashion brand “Mu” in Dongdaemun. At present, Choi is the designer for his own brand, “General Idea,” which is soon to be launching in New York, Japan and Shanghai.
Choi also recounts his experiences overseas, in fashion shows or just on personal trips to places like Japan and India. When describing his first trip to Japan he wrote, “The Japan I saw for the first time was luminous. I got dizzy after a while because I was focusing on not missing a single detail, the sights and people that passed by me.” By Cho Jae-eun
Lee: realist or storyteller? 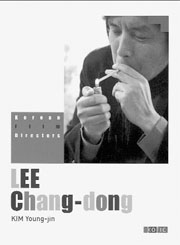 According to film critic Kim Young-jin, the author of “Korean Film Directors: Lee Chang-dong,” Lee is like “an isolated island from any of his contemporary directors.” He debuted close to the age of 40 after years as a novelist.
The book, which is part of a series on noted Korean film directors, contains interviews and critical essays on Lee’s works. But in contrast to young controversial directors like Park Chan-wook and Bong Jun-ho, who were written about previously, Lee holds a unique position in the Korean film industry ― between a political realist and an illusory storyteller. His films have always painted a harsh portrait of society. “Oasis” delved into the love story of two social misfits. In “Secret Sunshine” (Milyang), which was screened in competition at this year’s Cannes, a young widow loses her son to a kidnapping in a small country town. In the book, however, Kim raises the idea of “hope” in his films. Lee replies, “I’m always optimistic. And I really mean it.”
By Park Soo-mee
The joys of hidden history 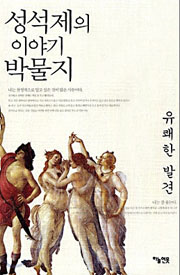 “Joyful Natural History Museum” (Haneul Yeonmot) is a collection of essays by well-known novelist Seong Seok-je, who says his friends call him “Seong: the mouth.” Similar to the rich phrasing he uses to tell simple stories in his novels, his latest book is full of humor and wisdom. He talks about hidden details of the life of Lee Hwang, a respected Joseon scholar, who was appointed for 140 different posts but dropped 79 of them.
In “An Incident at a Western Restaurant,” he talks about a naive young man from a country town who learned his Western dining manners the hard way, after he tore open a teabag spilling it on his blind date, and poured cream and sugar into his cup. In the same episode, a girl stares at a bowl of cream soup in the fancy restaurant because she was waiting for her rice to arrive. The two never got used to the urban customs, but they did get married and lived happily ever after.By Kim Seong-hee
The dangers of dance

“Dancing Women are Dangerous” (Woongjin Jisik House) by Sin Seong-rim chronicles the history of dance through an extensive collection of paintings and photographs that feature dancing women. The book begins with a historical reference to the time when dance was a core medium to communicate with God. It moves through the medieval period when dance was considered a way to call demons and suppressed to the modern period, when it is a source of freedom.
Through images that portray the sensual movements of the female body, the book delves into the history of women’s bodies and of dance. The author, an art historian, discusses why dancing women have become so dangerous. She finds a clue in historical biases that view women’s bodies as a source of sin. By Park Soo-mee 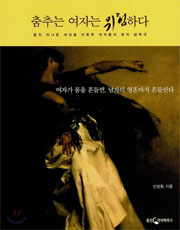