One woman’s fight against war shrine

One woman’s fight against war shrine 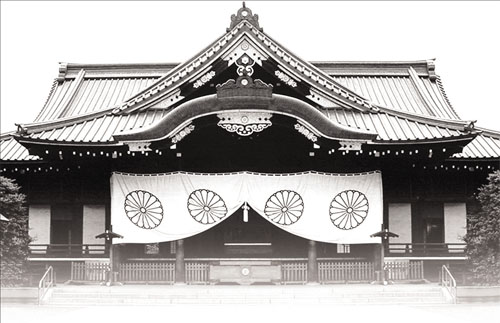 The Yasukuni Shrine in Tokyo is the major focus of Lee Hee-ja’s efforts as she tries to get her father’s name removed from the list of the enshrined. [JoongAng Ilbo]

For Lee Hee-ja, it is an important ritural to visit her father’s gravesite every few months to bring flowers and clean the tombstone. Yet the tombstone bears no epitaph on its gray stone tablet. There is no inscription of her father’s name, Lee Sa-hyun, and no words to commemorate his death on the battlefield after being forced to fight for the Japanese army during Japan’s colonial rule of Korea. And Lee intends to leave the tombstone without any engraving, until she claims her father’s “spirit” back from the Yasukuni Shrine in Japan.
Her father is one of some 21,000 Koreans who were enshrined at the controversial shrine in Tokyo against their families’ wishes as heroes who died for the Japanese emperor, Lee said. For years, she has fought an unsuccessful battle to remove her father’s name from the list of the enshrined.
“The shrine has no right to keep my father’s spirit,” Lee said. “I cannot let Japan disgrace my father even after his death.” It is an emotional subject for Lee, who had to halt the interview several times last week, as tears welled up in her eyes and her voice broke. 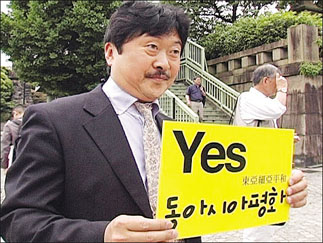 The name of the shrine means “comforting the nation,” yet it has been far from comforting for Lee. To her, the shrine is a symbol of her father’s unjust death and signifies Japanese militarism. Her quest to reclaim her father’s heritage led to the documentary film, “Annyong, Sayonara.” The DVD was recently released with subtitles in English, Japanese and Chinese. In the DVD, Japanese activists and scholars urge the Japanese government to render proper apologies and compensation.
One of the professors in the film, Tetsuya Takahashi of Tokyo University, defines the shrine in the DVD as a “tool for mobilization of the public for war.” It was determined in 1869 that Japan’s emperor would enshrine and pay tribute to the dead soldiers who fought in Japan’s wars. When Japanese youth left for the war, they said, “Let’s meet at Yasukuni,” and it is officially a religious shrine with a war memorial hall, Takahashi explained. Another Japanese activist, Zushi Minoru, condemned Yasukuni as a “shrine of invasion and war.”
Yasukuni has continued to provoke controversy in recent years as former Japanese Prime Minister Junichiro Koizumi visited and paid tribute to the shrine, which also honors Class A Japanese war criminals. 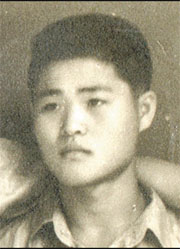 Despite her love and devotion to her father, Lee has no memory of her father’s face. He left home in 1944 when she was 13 months old. He was one of many young Korean men drafted either to work or fight for Japan, Lee said. “My father had no choice,” she said, “If he resisted the draft, his younger sisters would have been taken to be sexual slaves for the army instead.”
In her father’s absence, Lee grew up looking at a faded black-and-white photograph of him and watching her maternal grandmother’s morning ritual of praying for his return. Although the father was physically absent, she felt he was always with her. Lee’s grandmother kept telling her stories about him. “My grandmother told me how faithful and affectionate my father was,” Lee recalled. “I tried so hard to be a good kid.”
Lee’s family rejoiced when the war ended but in August of 1945 with Japan’s surrender, yet her father did not return. Her mother waited years, but there was no news about him until the outbreak of the Korean War in June of 1950. “It became obvious that my father died, because he would not desert his family if he were alive,” Lee said. Her mother decided to remarry in 1952 amid the hard times of the Korean war. Lee described the marriage as her mother’s “choice for survival.” To remarry, her mother had to file a report of her husband’s death at the town hall. Unitl then, the Lee family was not given a death certificate. Her mother needed an agreement with her in-laws for the death certificate, and Lee had to endure seeing her mother shamed over the incident. 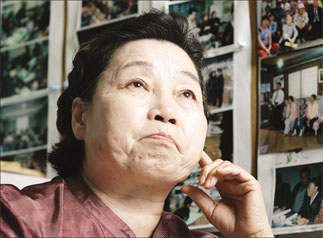 Remembering her mother’s look of despair that day, Lee could not help but fly into a rage when she learned in 1992 that her father died in a Chinese battlefield hospital on June 11, 1945. “If only we were given the notice earlier, my mother would not have had to listen to those insults and live in tears,” said Lee, sighing. She later learned that it was a gunshot wound and tetanus that killed her father, just two months before the end of war.
Reading the records of war dead which the Japanese government handed over to Korea in 1971, Lee found her father’s name among the many files that were kept at the Korean Council for Redress and Reparations for the Victims of World War II Atrocities. She first visited the office in 1989 and now she is co-president of the council. “By 1989, my three children were grown, and I thought it was time to realize my lifelong goal of finding the traces of my father,” Lee said.
After officially confirming the death of her father, she set another goal of finding the survivors who were with her father’s unit on the battlefield in China. “I wanted to know more about my father’s last days, so I desperately asked around,” Lee said. Her group had a close alliance with Japanese activists and one of them, Hideaki Kikuchi, went to the Japanese Defense Ministry in 1996 for Lee, and found a document with Lee’s father’s name followed by three Chinese characters meaning “enshrined.”
“I didn’t know what it meant at first,” Lee said, “So I asked Mr. Kikuchi and was told that it meant enshrinement at the Yasukuni.”
She reacted vehemently.
“At that moment, I was so shocked that my mind simply went blank in anger,” she said.
Since then, Lee has started campaigns with activists in Korea and Japan and filed a lawsuit in 2001 against the Japanese government to cancel the enshrinement. She has visited the shrine several times in protest, and was told by shrine officials that “once the spirit is enshrined, it becomes a part of the single entity of God, so it is impossible to remove the name from the list.”
Takahashi of Tokyo University refutes that, however, saying it is not an absolute principle but only an “excuse” that the shrine has come up with. Kim Eun-sik, director of the Institute for Research in Collaborationist Activities, which is the producer of the DVD, said, “The ‘book of souls’ of Yasukuni is not absolute because it was made by officials of the shrine.” 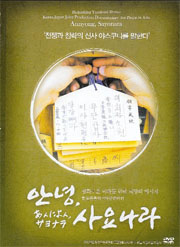 To Lee, Yasukuni’s explanation that her father is enshrined because he “fought bravely for Japan as a Japanese citizen” was more than she could bear.
To Lee, it also makes no sense that her father was enshrined in 1959, long after colonial rule ended in 1945.
The Tokyo District Court dismissed Lee’s lawsuit, asking the Japanese government to remove the name from the shrine. The ruling noted the Japanese Constitution that separates religion from the state.

Lee and the activists did not give up, and filed another lawsuit in February of this year, this time against the shrine. The institute for Research in Collaborationist Activities conceived the DVD to give the public a better understanding of the shrine issue. This year, the institute is working on anti-Yasukuni comic books in Korean, English and Japanese, which it hopes to turn into an animated film. In September the institute plans an exhibition of the comic books in the United States.
The documentary, directed by Kim Tae-il, does not give a one-sided perspective on the Yasukuni Shrine.
Rather, it contains both sides, including the views of Japanese hardline conservatives who adamantly protect the shrine. “We did not want the film to be blindly anti-Japan. Instead, we wanted to offer a balanced, in-depth look into the meaning of the shrine and to call for peace in Northeast Asia,” said Kim, director of the institute. That was why the producers titled the film “Annyong, Sayonara” ― annyong meaning hello and goodbye in Korean and sayonara meaning goodbye in Japanese. “The title stands for our hope to say ‘goodbye to past atrocities and hello to a future of peace,’” Kim said.
Production of the documentary was a collaboration of Korean and Japanese activists working for the removal from Yasukuni of the names of the war dead from Korea, Taiwan and other Asian countries.
The main character, Masaki Furukawa, is Japanese.
The documentary shows how Lee and Furukawa learn to understand each other and build friendship.

Lee used to hate everything about Japan, but now, after her years-long fight against the shrine, she has a group of Japanese friends like Furukawa.
“The Japanese friends gave me crucial support, and I learned to forgive the people of Japan, although not the shrine and the government yet,” Lee said.
Vowing to continue her fight against the shrine, Lee said, “I am not some great activist or revolutionary. I am just a human being who wants to know how my father died and restore his honor. I am just looking forward to the day when I will be able to carve my father’s name on his gravestone. I hope the day comes before I die.”