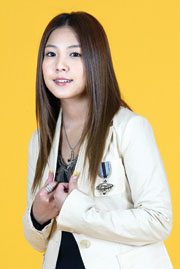 Last Thursday, police arrested a hacker who extorted 35 million won ($38,000) out of Korean pop singer BoA and attempted to extract 65 million won from her friend and fellow singer Danny. BoA is one of the first Koreans to have a successful singing career in Japan. Danny’s career has fizzled recently, but he was once a member of the popular Korean boy band g.o.d.
A prosecution official stated that the man in question “hacked BoA’s homepage and told her that he would reveal her private life and pictures of her with Danny if she didn’t pay the requested amount of money.” Boa’s manager gave the hacker 35 million won to stop the man from spreading a rumor that Boa and Danny are in a relationship.
The hacker then tried to blackmail Danny, but this time police were ready for him.
Some sources claim that police caught the suspect through the Internet, while others insist he was nabbed by tracing his cell phone number. In any case, the photos were not released and the money was returned.
“Celebrities don’t like their private lives to be known,” said the hacker. “I used this fact to make money.”
By Phillip Lee