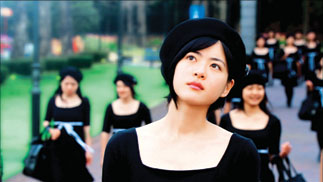 Korean fans of Japanese films can rejoice. The endless days of desperate hunting for pirated versions of your favorite actors’ latest releases are gone ― at least temporarily ― with the opening of the Japanese Independent Film Festival next Thursday. Beginning in Seoul, the festival, the second of its kind, tours around the nation until October showing 12 films.
The festival enjoyed an unexpectedly success last year. Tickets sold out fast and there were extra screenings. Consequently, the organizers at the Sponge House decided to offer a lengthy schedule from the outset.
One of the most anticipated films is “Operetta Tanuki Gotten” (Princess Raccoon), directed by seasoned helmer Seijun Suzuki ― he is fondly remembered in world film history for his versatile, genre-breaking approaches. Starring Joe Odagiri and Zhang Ziyi , Suzuki makes sure “Princess Raccoon” is a fun mixture of various genres including musicals, romance and drama. Odagiri has a lot of fans in Korea, because he is a good actor and he’s handsome. The festival will offer his recent films like “Pavilion Salamander” and “In the Pool.”
Another focus of the festival are films based on comic books, one of Japan’s biggest cultural assets. “Tekkin Concrete,” an animated film by Michael Arias, based on a comic series of Taiyo Matsumoto, is particularly recommended.
It is an action-packed animation about orphans who battle yakuza who want to take over their living area. The U.S. art magazine Art Forum recently honored this film and it has been shown at the Museum of Modern Art in New York.
Another anticipated feature is “Always ― Sunset on Third Street,” based on the comic series with the same title. With high-quality computer graphics, the film takes the audience to Japan in the late 1950s and examines the lives of average citizens. This film won in 12 categories at Japan’s Academy Awards last year. 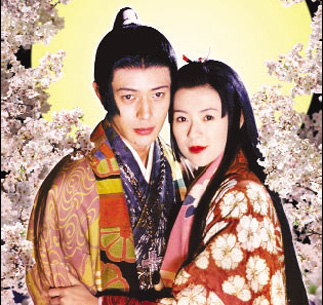 Other recommendations include “Warau Mikaeru” (Arch Angels), a comedy starring Juri Ueno, one of the hottest actresses in Japan.
“Kisarazu Cat’s Eye,” directed by Fumiki Kaneko, is expected to make many hearts beat faster among female fans of Junichi Okada and Sakurai Sho, who are also members of a popular boy band.
For more adult tastes there is “Kamome Dinner,” starring Satomi Kobayashi as a Japanese woman who finds an unexpected and heartwarming friendship while running a Japanese restaurant in Helsinki, Finland.