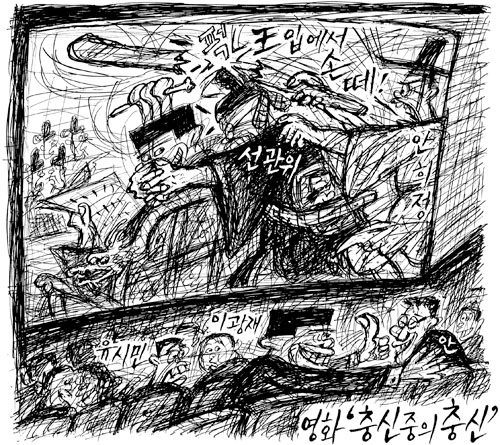 An official from the National Election Commission gags President Roh Moo-hyun as Ahn Hee-jung, a close aide to Roh, hits the election watchdog on his head with a baseball bat. Ahn says, “Take your hands off the king.” Later, Roh compliments Ahn, calling him “the best loyal servant”as other aides, Lee Kwang-jae and Rhyu Si-min, watch. By Kim Sang-taek