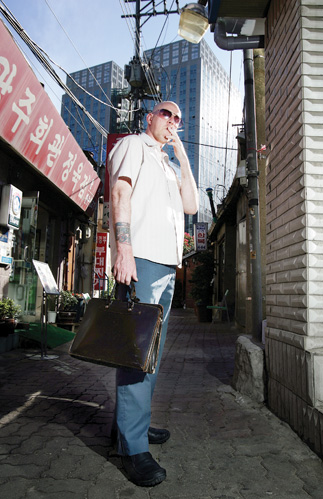 The author Scott Burgeson on the streets of Seoul. By Jeong Chi-ho