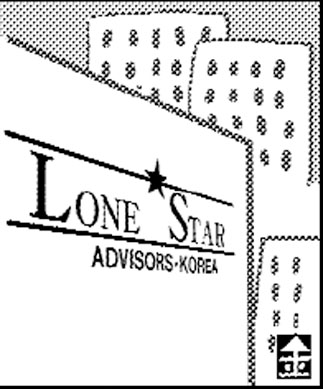 Americans in general like the shape of stars, but Texans are especially fond of them.
Texans are in love with the “Lone Star,” a gold star on a blue background. The “lone” does not imply loneliness but stands for “standing alone” or “independence.”
The term “Lone Star” first made its appearance during Texas’ struggle for independence from Mexico. The War of Texas Independence began with the Texas militia waging the Battle of Gonzales in 1835, waving a flag with a black lone star and the words, “Come and take it,” stitched into it.
Texas gained independence and became the Republic of Texas in 1836 before becoming the 28th state of the Union in 1845.
Even today, Texas, which was once an independent republic, hoists the “Lone Star” flag instead of the traditional stars and stripes.
The lone star symbolizes the independence and pride of Texans, which explains why the “Lone Star” is commonly used in restaurant and newspaper names. An Internet search produces over 5.4 million listings pertaining to “lone star.”
Among those listings, Lone Star Funds -- a Dallas-based firm -- is a closed-end private equity fund that refrains from public funding and garners profit from receiving exclusively large sums of money.
Including corporate and public pension funds, university endowments, bank holding companies and insurance companies, they have organized private equity funds totaling more than $13.3 billion to invest globally in real estate, nonperforming loans, ailing companies and anything that could potentially earn profits.
Lone Star Funds intends to flee Korea. In 2005, after selling the Star Tower building, they have sold off Kukdong Engineering and STARLease Co., and a minority stake in the Korea Exchange Bank.
They are speeding up the selling of their remaining stakes in Korea Exchange Bank, which is currently bogged down in legal proceedings.
If they are successful in selling off KEB, they will make a handsome profit, pocketing nearly $4.6 billion.
The National Tax Service is just now looking into ways to tax the profits earned, but it appears as if they will fail. Just as Texans cried, “Come and take it!” during the Texas civil war, Lone Star is defiant.
Although one could have sour grapes about Lone Star not paying a penny’s worth of taxes off its large profit, why Lone Star is rushing to leave the country remains a bigger question.