[Talk of the town]Stealing words?

[Talk of the town]Stealing words? 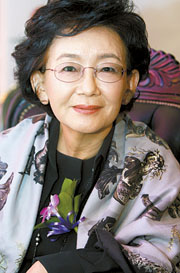 Korean TV dramas, especially the highly popular ones on SBS-TV, keep getting sucked into the quicksand of plagiarism. “The War of Money,” currently one of the most popular TV dramas, has been accused of plagiarism by novelist Heo Yun-ho, who wrote “The Money War.” Heo has filed a complaint in a Seoul court, asking for the TV drama to be taken off the air. Also, “The Woman of My Man,” which won an audience rating of almost 40 percent, is accused of plagiarizing “That Woman, Ok-hui,” a TV drama by Ryu Gyeong-ok.
“The War of Money” is about a loan shark-turned-stock analyst taking revenge against another loan shark who caused his father to commit suicide. Heo, who used to be a stock analyst himself, said that he wrote his book in 2003 and accuses the TV drama of having an almost identical storyline. Meanwhile, “The Woman of My Man,” is about a man who has an extramarital affair with his wife’s best friend. Ryu said that it is very similar to her work, “That Woman, Ok-hui.”
Kim Su-hyun (pictured above), star TV writer of “The Woman of My Man,” said, “I am so mortified that I just cannot do anything.” The producers of “The War of Money” said that Heo is trying to attract attention for his novel by making the false charges. By Phillip Lee