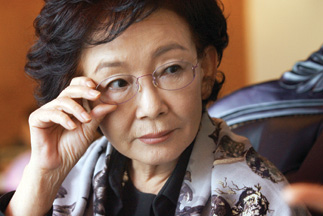 The latest drama by Kim Su-hyun, 64, one of Korea’s top scriptwriters, seemed so realistic that women all across Korea began to suspect their husbands were cheating.
Her recent 24-episode work, “The Woman of My Man,” starring Kim Hee-ae, Bae Jong-ok and Kim Sang-jung, is about an extramarital love affair.
But in Kim’s signature style, the drama was not predictable. “I didn’t want this story to have a conventional ending,” she said. 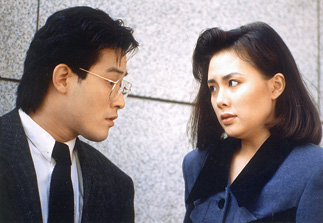 In addition to her most recent hit, “The Woman of My Man,”

According to AGB Nielsen Media Research, the last episode of the drama, on June 19, ranked first in overall viewership that day, attracting 37.6 percent of the people watching TV.
When asked about how she keeps viewers hooked until the last minute, Kim said, “Unlike other scripts with the same theme, I don’t drag the stories on.”
Normally, she said, a drama starts off with a couple meeting, then falling in love. One or both then have an affair while becoming terrified of being caught.
“I cut out the ‘falling in love’ process and started right away with the actual extramarital relationship,” she said.
Writing about such matters is troublesome for most scriptwriters, because the path is so well-trodden. But at the same time, affairs remain a popular topic.
Kim spices up her stories with dangerous passion, skate-over-thin-ice tension and the use of unusual language. 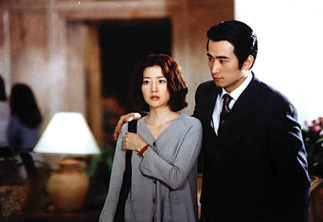 Kim Su-hyun, wrote “What on Earth Is Love,”

“Whether married or single, most women are afraid their lovers might desert them one day,” Kim said. “The public gave this drama a lot of attention because it focused on an issue that most are interested in.”
The love affair between the a middle-aged man (played by actor Kim Sang-jung) and his wife’s best friend (Kim Hee-ae) seemed like it would last for eternity, with a passionate, burning love. After the wife (Bae) found out about the affair, she began to get closer to a younger classmate from school, hoping to extract revenge. (However, she didn’t want to hurt the classmate, who loves her, by having a full affair.)
The love affair involving the husband ended with the man expressing his sorrow and regret to his wife. To Kim, that didn’t necessarily mean the husband and wife would be reunited. Kim leaves it to the viewers to decide.
“If I chose between one of the two women and called it a victory, the script would have become didactic and banal,” Kim said. She added, “Each of the two [Hee-ae and Jong-ok], take up 50 percent of my heart equally.”
The woman who snatched her best friend’s husband would normally be seen as a wicked woman and a wrongdoer. Instead, Kim portrays her as a soul having deep emotional pain. 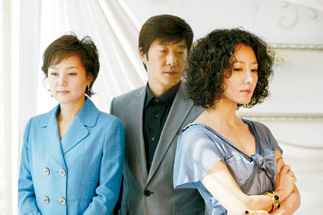 When she ends the affair, she tells the man she’s not disappointed with him, but doesn’t feel secure around him.
Kim, who is married, said she believes extramarital love affairs are ephemeral and transient.
“To wives, husbands having extra-marital affairs are like a car accident,” Kim said. “Though it is nothing like fate or destiny, they are by no means intended. They just happen.”
Kim mentioned that society has become more liberal on this matter and that it is a natural part of life.
Kim said “The Woman of My Man” is a drama that shows a facet of today’s everyday lives, reflecting a society in which extra-marital affairs have become commonplace.
“I didn’t denounce or overstate on this theme,” Kim said. She added, “I’m just a scriptwriter and wrote what was really out there.”