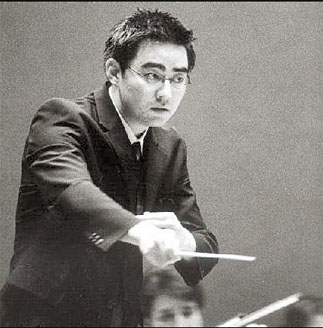 If you are a big fan of Japanese manga and classical music, rejoice. This Saturday the book “Nodame Cantabile,” about two music students, will be coming to life in Seoul.
The book’s two main characters, Shinichi Chiaki and Megumi Noda, have popped into the real world because their roles have been taken on by conductor Choi Soo-yeoul and pianist Lee Hyo-joo, who will be accompanied by the Korean National University of Arts Orchestra.
Sponsored by MOC Productions and titled “Hommage Concert of Nodame Cantabile,” four selections of music from the story will be played at the Seoul Arts Center: Beethoven’s Symphony No. 7, Rachmaninoff’s Piano Concerto No. 2, Brahms Piano Concerto No. 1 Part 4, and Gershwin’s “Rhapsody in Blue.” MOC aims to give classical music with a modern approach.
“We want people to appreciate classical music,” said Sam Lee, an MOC producer. “Those who have read the book will enjoy hearing the sounds they imagined in their heads.”
Lee said there will also be video and pictures to help the viewers understand the music better.
Choi and Lee will contribute their talents to the performance; they have, as well, their own reasons for feeling a close affinity to Chiaki and Megumi.
“Chiaki and I have several things in common,” said Choi. “We are both in our 20s getting ready for the Young International Conductors Competition in France.”
He added, “This performance will show you what young and passionate musicians can do.”