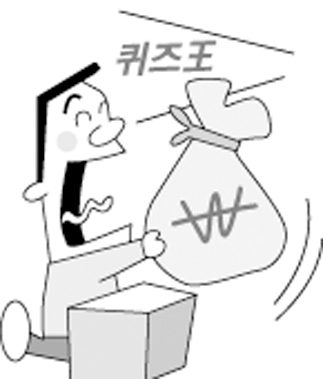 The quiz show is the most prominent genre on Korean television. A variety of formats are found, from classical shows, such as “Scholarship Quiz” or “Quiz Academy,” to entertainment programs that take the form of a quiz shows
One of the strengths of a quiz show is that it attracts a steady number of viewers for a relatively low cost. Some quiz shows provoke criticism that they plagiarize overseas TV programs, but most stations avoid such controversies saying that they only adopted the format of the show, or they simply bought the property rights. In short, it is the golden age of the quiz show.
The most visible change is the tremendous size of the prizes. Shows aggrandize the prize by adopting accumulative calculations and employ psychological tricks rather than academic questions that are too difficult. There are also many devices contestants can use like “chance” that encourage people to think they can do this as well. Because the winner receives an astronomical amount of money, he or she receives the media limelight as being a lucky person.
The new quiz program on KBS, “One Versus a Hundred,” recently produced a winner of $50,000. It is a survival show in which one contestant who beats 100 other panelists wins the prize. It is very popular already, and the chances are one in several hundred to be able to participate in the show. Another KBS quiz program, “Quiz Korea,” which is closest to the traditional quiz show style, also offers $60,000 for a prize to the quiz hero.
No other programs can beat the size of the prize for “Yes or No,” hosted by celebrity presenter Shin Dong-yup on the channel tvN. The show offers a maximum prize of $100,000. The final contestant who survives the challenge among six other contestants chooses a bag of money out of 26 bags that have a minimum of 1 cent to a maximum of $100,000. So far, two men in their 30s have each succeeded in choosing the $100,000 bag. This show stirs many accusations of copying “Deal or No Deal” on America’s NBC network.
Recent quiz shows are likewise popular for linking quizzes with money. Instead of what question was answered, it has become increasingly important how much money was won.
Surely the tendency to transform a quiz show into a money show is not confined to Korea. Internationally, many other quiz shows produce millionaires for each show as they hold virtually millions of dollars in prize money. Under the pretense of being a knowledge contest, quiz shows reflect the dream of killer money chased in this era.