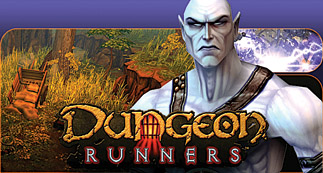 The Electronic Entertainment Expo, or E3, Media and Business Summit begins tomorrow in Santa Monica, Calif., but the presence of Korean firms will not be huge.
This year’s E3 Summit is drastically different from previous years in that the event has been whittled down in scale. Its name is even different. In the past, it was just E3 and was a trade conference plus games show that drew tens of thousands of gamers and industry members to Los Angeles.
This year, however, attendance is limited to vendors, buyers and the press, and is on an invitation-only basis, restricting access to less than 5,000 people.
Douglas Lowenstein, president of the association organizing the E3, said the event was conducted so that it could focus more on actual business and networking.
A large part of the summit will involve meetings with game publishers and developers to demonstrate upcoming games.
A separate game show for players will be held in October.
Although the conference will be closed to outsiders, gamers who have Xbox Live Silver and Gold memberships will be able to see E3 events live, including Microsoft’s press conference.
Sony Entertainment and Nintendo will also hold press conferences, but they will not be relayed through Xbox Live.
Although the name of the event is a media and business summit, the majority of the Korean game press will not be attending, mainly because none of the game companies have anything new to announce.
“It’s mostly going to be a series of sessions for the buyers,” said Lee Hwa-soo, a spokeswoman for NCSoft. 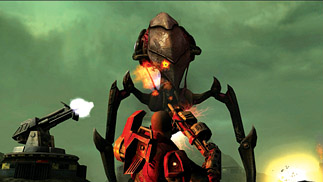 Tabula Rasa at the E3 Media and Business Summit in California. NCSoft is one of the few Korean companies participating in the game event, which has been reduced in scale for commercial reasons. Provided by the company

“At first we weren’t even going to have a booth because it’s not exactly a show, but then we decided to have a small booth, but it’s nothing like previous years.”
NCSoft will be selling Richard Garriott’s Tabula Rasa, a massive multiplayer role-playing game, as well as Aion, which is to be released in Korea at the end of this year and in the United States next year.
Other games it is promoting include Dungeon Runners, which is free to download, and Eve of the North, an expansion pack to Guild Wars.
NCSoft is the only major Korean game developer that will participate in the E3 Media and Business Summit this year. Last year, several large game companies, as well as a consortium of smaller firms, participated in the E3.
For the first time in five years, no new consoles are scheduled to be announced ― last year, it was Nintendo’s Wii ― so this year it will be all about learning the full functions of the consoles and for the small number of participants to actually be able to play the games and talk with the developers.
Last year, people waited hours in line to try a game and rival companies held events at the same time. But this year, the organizer arranged events and invited key press to encourage networking.