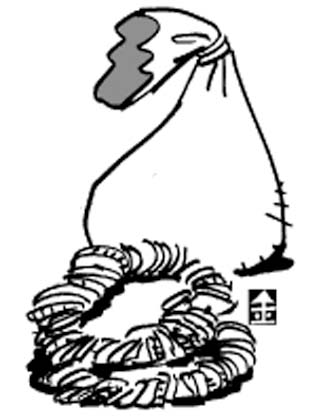 Bargaining traditionally refers to the discussion of price when selling something. It is the process of adjusting the price between seller and consumer. Sellers want to sell their products at a high price and consumers haggle to buy them for less. If the price is too high, the consumer walks away, and if the consumer demands a price that is too low, the seller refuses to sell. The process of bargaining entails finding a balance between these two price extremes. In traditional markets and country markets, bargaining is a kind of formality. Sellers start with a high price knowing they will come down later, and customers know this and haggle. The charm of bargaining is the so-called “war of nerves” that goes on between the seller and buyer. When reaching a compromise, the seller sluggishly mutters, “I’m selling this for a loss.” The buyer remarks, “I was feeling generous today,” and hands over the money. People are not lying when they say they go to the market for the thrill of bargaining.
Out of nowhere, bargaining is underway regarding college admissions. The Ministry of Education has placed a strange commodity of high school records of which it knows little about on the admissions market. In the beginning, it wanted to raise the weight given to high school academic records to at least 50 percent of the college admission criteria. The buyers ― the universities ― considered this ridiculous and walked away. Some even said the product had changed.
As the product did not sell in the market-place, the Ministry of Education enlisted the support of crooks. Menacing thugs lingered around the market stand, threatening consumers if they refused to buy the product. It transformed into “thug bargaining” enforced by sheer force. However, realizing that if they bought this low-grade product now, they would continue to live oppressed by the tyranny of these immoral sellers, the customers joined forces and exclaimed they would not buy this product even if beaten down. Surprised by scholars they had considered to be feeble and weak, the Ministry of Education concocted a plan to sell the product in a different way. They tried to assuage the customers, but the customers had already walked away. They lowered the price. They coyly suggested 30 percent, but the response was still frigid.
Some people are saying high school records are not something that should have been put on the market in the first place ― they are not something that can be bargained with. Shouts are coming from all over the university admissions market, demanding the Ministry of Education close shop and leave.