[Talk of the town]Actress was over limit at police checkpoint

[Talk of the town]Actress was over limit at police checkpoint 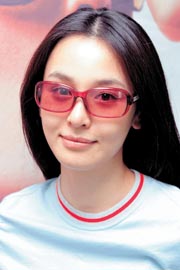 Actress Kim Se-ah was indicted without detention last week on a charge of DUI. She had been drinking in Sinsa-dong, southern Seoul and drove herself away from the bar in a company car.
Kim was stopped at a sobriety checkpoint and failed a breathalyser test. Her driver’s license was suspended for 100 days.
Her blood alcohol level was 0.5 percent. She told police she drank two glasses of wine at a bar in Sinsa-dong with friends. Kim Se-ah, an ex-gymnast, has worked in soap operas and movies since 1996. She once claimed to have been born in 1976 but it was later revealed that her birth year is 1973.
On the day Kim was arrested, the police suspended 1,221 driver’s licenses in Korea of people with blood alcohol levels between 0.05 to 0.1 percent and revoked 789 licenses for DUI where the blood alcohol levels were above 0.1 per cent.
Kim closed the visitor’s section of her personal Web site after the incident, after more than 20,000 people left negative comments on her homepage. She appeared in the soap operas “Seoul 1945,” “Pretty Woman,” “Yuriwah” and the movie “Show Show Show.” She previously studied jazz dance in New York for one year and performed at the Hoam Art Hall with the New York Jazz dance team. By Nam Seung-ji