Her words, this land

Her words, this land 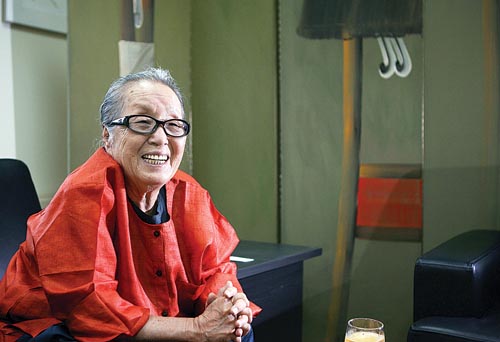 At 82, Park Gyeong-ri, the author of the legendary novel “Toji” (The Land), has virtually cut off contact with the outside world. She spends her days in her garden at her home near Mount Obong in Wonju, Gangwon, where a cultural center has been built to commemorate “Toji.”
In “Delusions for Hypothesis,” her latest collection of writings, she included some incomplete novels, a rare decision for a writer.
In an age where the idea of a literary master has been devalued, she is one of the select few who can still be regarded as a dominant presence in her field.
Even so, there are those who think Park is planning to end her writing career. She has rejected a series of interview requests in recent years because of poor health and she has been treated for diabetes and high blood pressure. There were rumors that she had gone blind in one eye.
A few days after my request for an interview, her response arrived. A date was set with the condition that Park wouldn’t be able to sit for long because her health is failing.
On the day of our meeting, the sky in Wonju was overcast and there had been sporadic rain. It seemed unlikely that we would see the veteran writer working in her field of red peppers. When we arrived at the cultural center she was waiting in her office, clad in a red hanbok, smiling at us. 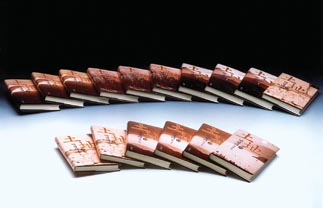 You look healthy.
Not really. I am still very sick. In weather like this I can barely hold up my hands. They feel so heavy. I can hardly go to the fields these days. I have to consider my age.

It was a bit of a surprise that you chose to publish some incomplete novels.
I still have some regrets about not finishing “Butterfly! Let’s Go to the Green Mountains.” I wanted to talk about the world of intellectuals after Korea’s liberation, but I think I was being too ambitious. I had been taking medication for high blood pressure up to that point. But when I started writing, I saw sparks. I went to a doctor, and my blood pressure was over 200. I should have considered my age.
(“Toji” is a 16-volume historical novel that begins in the late 19th century and continues through the country’s liberation. It covers the sufferings endured during the Japanese occupation. “Butterfly Let’s Go to the Green Mountains” was intended as a follow up to “Toji,” exploring the next 50 years after the country’s independence. But the series ended after three volumes.)

So have you stopped writing?
I haven’t written for a while. Then I started again about two months ago. It could turn out to be a poem or a novel. It’s about my family, a story about my grandparents, my mother and my father.
(“Toji” is based on a story told by her grandmother about a cholera epidemic that swept through a village.)

Do you still have memories of the occupation?
They become more vivid as the days go by. They pour on to me in the morning. I couldn’t bear to not write about them. It’s just strange that the story is about my family. May be it’s a sign that I’ve reached a point where I must organize my thoughts from that time. It almost feels like an obligation that I have to finish a story about my family.

Do you wake up early in the morning?
I’m like other old ladies. I wake up at 2 in the morning. I write or read books. Or I marinate the vegetables I picked in my fields. There is no chemical spray. That’s why they are good. You have to try some.

Speaking of organic food, the FTA was recently signed in Korea. It could get harder to eat local produce.
I am not against our country prospering and living happily, but Korean politicians don’t have much vision. The whole point of the FTA is that we manufacture and Americans farm. But our land will die out soon if that happens. It’s not a matter [of buying cheaper produce] in one or two years. When I started growing red peppers in my field, my harvest was less than half of the fields that used chemicals. But things got better as years went by. Now I harvest a lot more than the ones that use chemical sprays.

It probably comes down to sharper policy making.
Sure. I am talking about the philosophy of Korean politicians. They get blinded in their hunt for votes. A president must be someone who takes our environmental issues seriously.

What does the environment mean to you?
Ecology may be a better expression. We can live without oil, but we can’t live without water. Oil means development, but water is survival. Things like water become the foundation of our lives. We must recognize the essential meaning of life.

You are acquainted with Sohn Hak-gyu (the former governor of Gyeonggi who is running in the presidential election this year). He came down to Wonju not along ago.
He has some connections with the city. He said he would come down to see me, and he did. He listened to what I said. He didn’t say much. By the way, you can go if you want to ask more about politics.

I am sorry. Why do you hate interviews so much?
When a writer produces a novel, that’s it. Why bother talking to reporters? If they have things left to say to reporters doesn’t it mean that they haven’t done your job?

What message do you have for young writers?
A writer must start from character. The duty of a writer is to think about a man’s essence and the fate of humanity. A great work of writing cannot be born by relying on an ideology.

“Toji” is considered “anti-Japanese literature” in Japan.
Under its military regime Japan was unethical and anti-life. The situation is different now. I was against their regime, not its people.

Why is this place called Toji Cultural Center instead of the Toji Literary Center?
A culture is about life in the widest sense. Literature is a secondary concern. Culture is about how a person should live. Civilization is about technology.

As we spoke, Park’s cough became rougher. Her lips dried, and her words began to run into each other. After about two hours of talking, she said “Could we stop here?”
As a final question I asked what she wants now.
“I am generally happy. The center is maintainable. I hope to create 10 more rooms for writers’ residences, but not until I have extra money. I can’t blame my health too much, because I am old. I actually have to take more medication, but I only take pills for my blood pressure. I only go to see doctors twice a year. I don’t like going to hospitals and taking different medicines everyday. It feels like I am weighing my life on a scale all the time.”