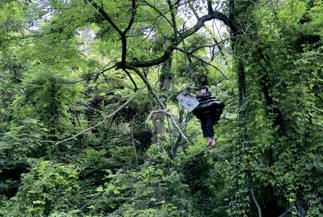 Works from Kim So-ra’s exhibition “Hansel and Gretel.” Each work is called “2007-04-03.” Provided by the organizers

In the fairy tale “Hansel and Gretel,” the Brothers Grimm wrote “Then all anxiety was at an end, and they lived together in perfect happiness.” This is after the two children have returned home safely after confronting a witch in the forest.
In the story, Hansel and Gretel are abandoned by their parents. Kim So-ra, 42, a contemporary artist, says she feels lost in a similar way to the two children, who had to find their way home by following a trail of breadcrumbs.
Kim’s solo exhibition, “Hansel & Gretel” opened yesterday at the Kukje Gallery in Samcheong-dong, central Seoul. For Kim’s first domestic exhibition, she rewrote and reinterpreted the original story by using images, sounds, text, furniture, drawings, and visuals. Kim has participated in numerous exhibits and international biennales, including Venice in 2003 and 2005.
The exhibition is divided into three rooms: “No Secret,” “No Regret,” and “No Return.”
In the first room, sounds and text are used to express the artist’s desire to see reality from a different perspective. Kim cut out letters, words and phrases from a newspaper and used them for a poem which reads, “Believe the opposite of the truth because truth is stranger than fiction.” 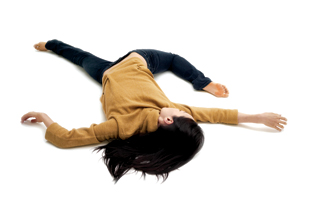 In the second room, “No Regret,” Kim has created a forest made with dry wood and imitation leaves. On the wall, she has framed a list of all the numbers that appeared in a copy of the JoongAng Ilbo published on April 3, 2007, a date she chose at random. On the second floor is her third room, “No Return.” Five videos with different themes play continuously.
“I randomly selected headlines from the April 3 newspaper as my themes,” said Kim, The piece that features a woman lying down in different positions is based on the weather forecast and also Jed Rubenfeld’s mystery novel, “The Interpretation of a Murder.” 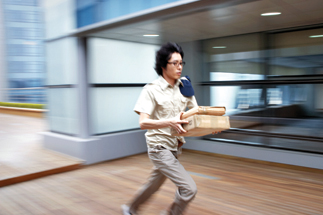 She added, “Reality is rather unrealistic and perplexing; I wanted the audience to experience another form of reality through art.”