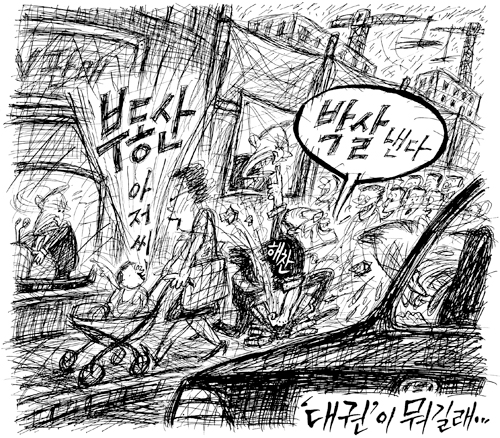 As a TV newscast reports about Lee Myung-bak’s alleged speculation, a baby calls him “the real estate uncle.” Nearby, Lee Hae-chan, a former prime minister and a liberal presidential hopeful, smashes bricks and says, “I will crush him,” pointing to Lee Myung-bak’s photo. By Kim Sang-taek