[BOOKS IN BRIEF]Not a great era for women, and more

[BOOKS IN BRIEF]Not a great era for women, and more 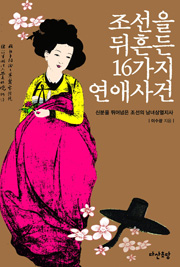 “Sixteen Romance Scandals that Shook Joseon” (Dasan Chodang) is a work of historical fiction by Lee Su-gwang, who wrote “Sixteen Murder Scandals that Shook Joseon.”
The book, based on historical documents, tells the story of love affairs that outraged Confucian society, which was strictly controlled by the caste system and a conservative sexual morality. In the first chapter the author examines the scandal of a royal concubine who was put to death after a love letter betrayed her affair, the secret love life of a princess and homosexuality among courtesans in the royal palace, which has been hinted at in some recent period dramas.
The book suggests that social caste in Joseon was a major obstacle to sexual and romantic freedom. The author explores stories of women who were brave enough to choose freedom over convention, including the tale of an unmarried woman from an upper class background who risked her life by loving a man from a lower caste.
A highlight of the book is the love story of the Kims, a poet-couple, who were born in the same hour of the same day and spent their adult lives exchanging romantic poems that are still read today.
The author digs into contradictory ideas about romance during the Joseon period, explaining how active sexuality was considered taboo, yet the men of the ruling class also took great pleasure from sex and sexual entertainment, which was often enjoyed in the name of elegance or art. There is a chapter about an obsessive love affair between a gisaeng (Korean geishas) and a scholar. The book also examines the concepts of power and sex and how they interacted during the late Joseon Dynasty.
The book’s polemical position is that under Confucianism, women were always the victims in romance and sex and fidelity was always expected of women. It was considered adultery for an unmarried woman to meet a man without a chaperone. Divorce or remarriage was not a woman’s choice and when married, they had to be readily available to their husbands. The book also tackles incest, which was common.
By Park Soo-mee
Divided by a common language 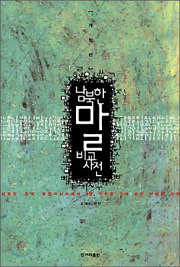 The Language Encyclopedia of North and South Korean Dialects

Habits that make you rich

According to Jeon Ok-pyo, the author of “Winning Habit,” (Sam and Parkers) winning at work and in business is not an accident, but a habit that can be obtained through training. Jeon, a marketing executive at Samsung Electronics for many years, explains that a winner instinctively knows how to win. It’s a habit, he explains, which allows a person to make the extra leap of imagination to win instead of simply working hard. The book spells out the principals of a winning life, from a man who became a marketing legend in his industry.
His suggestions include “move as fast as a bullet,” “enjoy creative pain,” “maintain your principles” and “be persistent.”
He suggests team leaders encourage their staff to be persistent down to the last one percent, instead of being like average employees who simply “endure” their life at work.
Other principles he suggests include professional image-making and maintaining a friendly atmosphere. The book has been popular because it examines the issue of work versus “accomplishment” from an unusual perspective. By Park Soo-mee 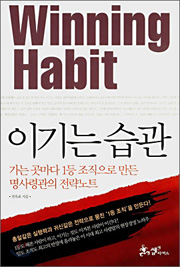