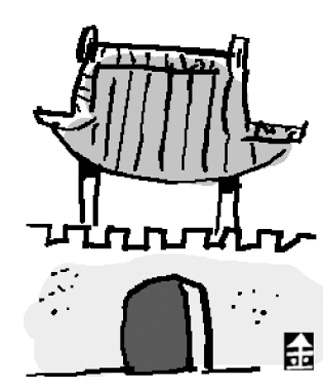 Wuxi in China’s Jiangsu Province received attention in the Korean media after Andre Kim held a fashion show there on July 12. Wuxi is two hours northwest of Shanghai by car. It’s an ancient city that was founded more than three thousand years ago. It used to be a famous source of tin, but was named “no tin” because it ran out of the metal after Liubang, the founding king of Han Dynasty, mined all the tin in the city. Recently it was nicknamed “Little Shanghai” and has seen rapid growth as a high- tech economic center.
Wuxi is adjacent to Lake Tai, one of China’s three major lakes, but it may be more famous for having the set of “The Romance of the Three Kingdoms,” which was constructed between 19993 and 1996 and was used as a studio for 84 episodes of the show produced by China Central Television.
The set was opened to the public in 1994, after the series ended. It covers 35 square kilometers and includes the court of the Wu Kingdom, a sacred Buddhist mountain, dozens of military-style buildings and about twenty wooden boats. The studio also hosts performances, including martial arts displays on horseback and reenactments of the famous battle between Liu Bei, his brothers Guan Yu and Zhang Fei, and Liu Biao, all of whom are central characters in “The Romance of the Three Kingdoms.” On Lake Tai where the Battle of Red Cliffs was filmed, there are wooden boats named after Liu Bei and Zhuge Liang, Liu Bei’s naval strategist.
The Castle of the Three Kingdoms is frequently used by other companies and countries to make historical dramas. The Korean TV series “Daejoyoung,” “Jumong,” and “Chang Bo-go : The Lord of the Sea” were all filmed there. Its main strength is its size and cheap manpower ― the price for 40 Korean extras is the same as 3,000 Chinese.
Wuxi also has several other studios that were used to film popular Chinese classics for TV series. They have become tourist attractions and earn profits.
This is a different landscape to Korea, where many studios are built by local governments who want to attract TV producers but are left to deteriorate into squalor after the program has been made. The Chinese build their studios with bricks or stones, which makes them a long-term investment. Above all, they can provide a variety of programs for visitors. Korean studios should learn from them.
Finally, they remind us of the power of the classics, the original cultural content. Programs such as “The Romance of the Three Kingdoms” continue to offer something of value many years later. Korean culture needs to produce such classics as well.