That weather is a killer

That weather is a killer 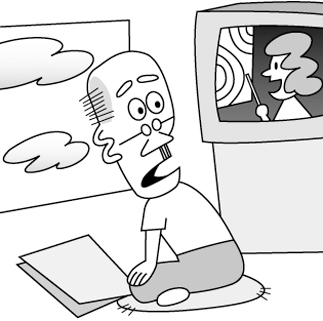 “The temperature is expected to rise quickly in a short time today, so be careful if you are driving or quarreling with your spouse.”
You might be thinking, “What in the world is this?” However, it was the formal weather forecast made by the Japan Weather Association’s Hokkaido branch in mid-April.
The warning cautioned people to be aware of the Foehn Effect, in which a temperature rise from 3 to 5 degrees Celsius in an hour can have a bad effect on people’s minds. There is no way to find out if the number of car accidents or fights between couples increased that day, but the idea of so-called meteorotropic diseases raised a sensation in Japan due to that forecast.
The term meteorotropic disease is used to describe various diseases caused by changes in the weather. Such diseases happen because the human body cannot adjust to an abrupt change of temperature or barometric pressure. Changes in the weather have subtle changes on the nervous system, shrinking or expanding the blood vessels.
Another academic field called live meteorology is organized around predictions from old people, such as, “My shoulder hurts, so it might rain today.”
The types of meteorotropic disease vary widely, and can cause neuralgia, cerebral hemorrhage, angina pectoris, heart attack and asthma.
Some scholars pay careful attention to appendicitis. A professor from the Niigata hospital announced the research results after talking to hospital doctors on a sunny day, and noticed a higher number of patients coming in with acute appendicitis. When the barometric pressure rises, the percentage of granulocyte in the white blood cells increases and it is easier for inflammation to occur. The doctor’s committee in Hiroshima reported that heart attacks and strokes have increased since 2004.
The local dailies report the danger scale for meteorotropic diseases in three categories: warning, caution and normal.
Experts warn that the number of meteorotropic diseases will increase. Due to global warning, there are lots of unexpected weather changes and it is difficult for the human body to adjust. In the near future, watching the daily weather forecast next to the meteorotropic disease forecast might be routine.
Today, be aware of this disease. It is not a fun thought to start a day with this forecast. Unlike the weather forecast, which gets widely criticized when the forecast is wrong, the more a meteorotropic disease forecast is wrong, the more welcome it will be.