Sharp lyrics that echo with sounds of gunfire

Sharp lyrics that echo with sounds of gunfire 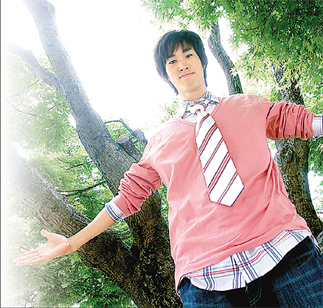 In their song “Still Life,” the three members of Epik High - Tablo, Mithra Jin, and Tukutz - sing, “The world is going to be better. If I can’t beat you down, world, I am going to at least give you a scar.”
In “Noctourne (Tablo’s Word)” and “Girl Rock” from their fourth album “Remapping the Human Soul,” the group makes witty and ironic observations about society’s problems.
When the group made its debut in 2003, the public wasn’t familiar with their sound because hip hop wasn’t popular yet in Korea.
After releasing their first album “Map of the Human Soul,” Epik High began to attract attention and their second studio album “High Society” made them well-known. This new album features some excellent songs such as “Peace Day” and “The Sunset.”
Their third album “Swan Songs,” released in 2005, became a hit with its single “Fly.”
On their fourth album, the tracks “Love Love Love” and “Fan” have brisk and lively rhythms. But it’s the band’s lyrics that really grab the public’s attention.
“Ninety percent of the songs in this album are related to social issues,” said Tukutz, the D.J. “The lyrics deal with subjects such as sexual crimes, war, education and religion.”
“Our current single, ‘Love Love Love’ is similar to ‘Fly’ from our third album,” said Mithra Jin. “They both are rhythmic and good to dance to.”
But Mithra Jin said that it would be a mistake to think of their albums as just dance music. What defines them are the lyrics and content of their songs. “It’s not right to judge us on only one or two songs,” Jin said.
Rather than “Love Love Love” just one of the 28 songs on their fourth album, Epik High say they should be characterized by their last track, “Public Execution (Finale).”
The song, produced and written by Tablo, starts with: “Music never dies, and Epik High starts now.” After the words is the sound of a gun shot.
“We wanted to define music,” said Mithra Jin. “The span of music is influenced by the people. Depending on them, music can either live or die.” He also said that both listeners and producers should be held responsible for the problems in the music industry.
Although Epik High’s new album is distinguished from other popular music because it pays more attention to words, Tablo said that he tries to avoid being too extreme in his lyrics. He says he sometimes longs to take a break from from serious music.
“Writing serious lyrics makes me dizzy to some extent,” said Tablo. “I want to pause for a bit.”
Though Tablo wants to get away from being serious, his passion toward music still remains.
Epik High is planning to hold an impromptu guerrilla concert in front of the Seoul Arts Center. The purpose is to protest against Seoul Arts Center for not opening its doors to popular music at all.
The group has been planning the protest concert since last year, but weren’t able to move forward because they had to work on their album.
During the concert, Tablo is planning to hand out his solo album for free as a token of gratitude toward his fans.
“By handing out free CDs individually to fans, I will be able to see the faces of those who listen to my music,” said Tablo. “It will be a pleasant thing to do.”
Before they can give life to their dream of a free concert, Epik High has a tight schedule.
Last Sunday, the group was invited to perform at a party at the poolside area of the Sheraton Walkerhill Hotel.
This Saturday, Epik High will be on stage at the “Summer Big 4 Concert” at the Olympic Gymnastics Stadium. The other members of the big four are Tasha, Drunken Tiger and the Dynamic Duo.