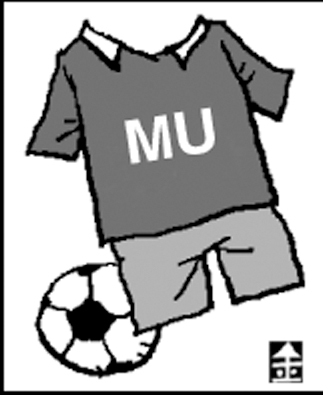 “With the ffotebale...[there] hath beene greate disorder in our towne of Manchester we are told, and glasse windowes broken yearlye and spoyled by a companie of lewd and disordered persons ...”
The civil authorities of Manchester henceforth forbade street football, and the above is the 1608 Manchester ban of football. In the 15th century, football meant mob football, which seemed to combine football or soccer, as Americans call it with rugby. The game did not have any particular playing field, nor did it have a time limit. The only rule was perhaps not to use weapons. Once a ball was kicked, one team readily added 20 or 30 people, and it frequently lapsed into a gang fight. Manchester’s boiling excitement for football lasted 300 years, when the city built the world’s largest football stadium in the town in 1910. That is Old Trafford, the home stadium of Manchester United.
The facility, which accommodates 76,000 people, is more of a theme park than a stadium. It is the home of the success of Man U marketing as well as a symbol of one of the best premier leagues in the world. A tour of the stadium that visits places such as the locker room of world football stars costs more than $20, but nevertheless, there are more than 250,000 visitors per year. Opening overseas branches and its own broadcasting companies, Manchester United has nurtured 75 million loyal supporters all over the world. And half of them are Asian. It is in line with their Asia marketing that Man U recruited Park Ji-sung of Korea and Dong Fangzhou of China. Sports spectators never receive a refund no matter how ugly the game was, to paraphrase the words of Sir Alex Ferguson, a legend among Manchester United managers. He knows the importance of satisfying fans and therefore always argues with the owner of the club that a star player who plays a creative game that entertains fans should be hired however expensive his trade is.
The main component of Manchester United is forceful and aggressive football. Manchester United is known to have acculturated the violence and brutality of football in a refined way in the modern era.
Manchester United will land on Korean soil for the first time ever and will play a friendly with a Korean football team at Sang-am Stadium on July 20. I hope the Korean team, which was defeated by the weak Bahrain team, learns a lot from the aggressive play of Wayne Rooney and Ronaldinho. If I may take the liberty of demanding more, I hope the Korean football league, which always suffers deficits, learns from the aggressive marketing strategy of Manchester United as well.
*The writer is a deputy business editor of the JoongAng Ilbo.