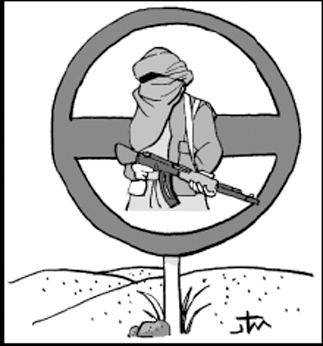 We are bound to come across various types and degrees of danger during our lifetime. We might get a disease or suffer bodily harm; we may lose our jobs; we could face a national threat, such as the North Korean nuclear crisis or a financial crisis over which we have no control.
From the moment we are born to the day we die, we contantly confront danger.
Some describe human history as a history of danger.
In the beginning, the danger unleashed by Mother Nature was absolute ― human beings were helpless in the face of floods, droughts and disease. After the establishment of tribal states, manmade dangers were added to the list of natural dangers.
In some regard, the dangers of war and conspiracy, oppression and discrimination produced more suffering than natural dangers.
Following the progress of human history, people have learned to respond in many ways to natural disasters.
Still, the variety of man-made dangers seems to constantly be growing wider in scope ― with war being the most wretched threat ― and the extent of the danger grows more expansive all the time.
Effectively managing risk is important not only in everyday life, but also to determine life and death.
In economics, risk refers to a positive or negative outcome based on a particular decision and the situation that best defines the probability of each outcome.
Danger is known as a downside risk, because it only has a negative side. No danger exists if one is oblivious to the possibility of its occurrence ― the situation is uncertain.
A decision made with such uncertainty can only be imprudent. One cannot prepare for danger if it is unclear what it is. When undergoing a dangerous task, one should prepare to a certain degree for what might lie ahead.
In other words, one withstands that danger because the resulting payoff is greater.
The Taliban have kidnapped our young volunteer workers in Afghanistan.
Although efforts must be made to return them safely home, a national danger management policy regarding activity in dangerous areas must be enacted to prevent such incidents in the future.
This volunteer group seems to have ignored or underestimated the possibility of the danger that exists in a war zone. Paying with lives for even the smallest danger is too high a cost.