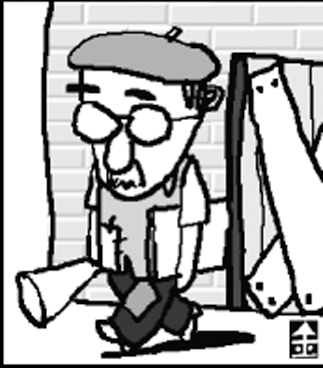 Cafe Theatre, nestled in a back street of Myeongdong, Seoul in the 1960s, was the first small theater in Korea. Despite the enthusiastic reception from the public, however, it had to close in less than 10 years. The rent wasn’t as welcoming.
“We could not bear the soaring rent prices any more. We are resolved to close our doors and find alternatives before we go completely bankrupt,” said Lee Myung-bok, a founding member of the Freedom Company Group and a manager of this cafe-like theater, in an invitation to the closing gathering on Nov. 8, 1975. The resolution is indeed not an exaggeration, since the Cafe Theater was indeed a refuge of “poets of the destitute era.” It was also the stage where now renowned directors and actors who had a thirst for experimental plays could perform in their early years.
Even without that, Myeongdong is nonetheless remembered for the demise of our performing art history that year. The National Theater building in the center of Myeongdong was sold to a finance company. The National Theater had already moved two years before to a modern building on Mount Namsan. Small or large cafes that served as salons for artists near the National Theater also gradually faded away. After the initial “scent of culture” disappeared, the streets of Myeongdong started to go downhill, and they have for more than 20 years. The fact that the restoration project of the National Theater is now near completion is getting a lot of attention from the public as a wake-up call for Myeongdong.
When a street of culture and art becomes popular, the artists who have lived in that area can no longer afford it. New York, the center of the world art, is no exception. Soho and Greenwich Village, which are now famous tourist attractions, used to be filled with factories and warehouses with cheap rent. Yet, after poor artists crowded to the area and made a lovely town, restaurants and stores, housing rents soared, which drove away most of the artists who lived there.
Reports have it that the culture and art town of Heily in Paju, Gyeonggi is getting ugly as pubs accumulate and prices skyrocket. This cancels out original purpose ― to make the first culture and art community for destitute artists in Korea. Even a writer of steady means would have no reason to stay there if the place tumbled into a distraught amusement park. The restoration project of the former National Theater building can succeed because the shop owners in Myeongdong understood the point exactly. They must have deeply felt that commercial instincts are not enough to restore business.