Back to the future

Back to the future 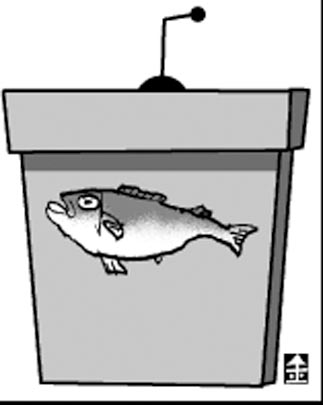 A king who loved the mild taste of a certain fish endowed it with a new name, “silver fish.” But when he ate it again after returning to his palace, the taste disappointed him. Thus, he ordered that the fish be again called by its original name, mogeo, or sandfish. Ever since, the fish has been known as doro-mogeo, which literally means back-to-sandfish.
Much has been said about the July 24 launch of a preparatory committee to create a new party. Of the 86 participating lawmakers, all but four are from the Uri Party. The people who came from civic organizations mostly worked with the Roh Moo-hyun administration. So why are they taking the trouble to establish a new party? People are calling the new party the “Doro-Uri Party.” But you never know. Three years and eight months ago, they changed Kim Dae-jung’s party, the Democratic Party at the time, into Roh Moo-hyun’s Uri Party. Now they are returning it back to Kim Dae-jung. Hence, it is closer to the “Doro-Democratic Party” rather than the “Doro-Uri Party.”
The Democratic Party of the United States has a 180-year history; the Republican Party, 153 years; the Conservative Party of the United Kingdom, 175 years; the Labour Party, 107 years.
In Korea, only three parties have survived more than 10 years. The Democratic Republican Party lasted 17 years and 6 months; the New Democracy Party, 11 years and 1 month; the Coalition for Freedom and Democracy, 10 years and 9 months. The Holy People of Christianity Party, created by Jin Bok-gi, was around for 8 years and 8 months. So the rest of the parties are worse than the Holy Party, the most minor of all minority parties. That is because the political parties are owned for private purposes.
Easily created and easily scattered parties existed in the past, too. Many of them were created by Kim Dae-jung. He made a huge sensation, called the Feb. 12 Tornado, during the fifth republic. He discarded the Democratic Koreans’ Party in favor of the New Democratic Party. Later, he also distanced himself from the New Democratic Party to create his own Unification Democratic Party, which gave him momentum to take an initiative in the democratization movement in June 1987. Kim is again directing the doro-Democratic Party performance, but this time he doesn’t have a persuasive cause. The people creating the new party are just trying to get rid of their own governmental responsibilities. Although this really is an age of instant products, it is irresponsible of key government personalities, who kept making critical policies, a few months later to say, “Don’t ask me about rights and wrongs of those policies.”