[BOOKS in brief] Where time and place meet and more

[BOOKS in brief] Where time and place meet and more 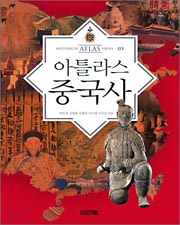 “The Atlas of Chinese History”

People are interested in history, but it’s rare for them to pay close attention to actual locations where historical events took place. It’s probably because of the habit we develop at school of separating history and geography or maybe we think of history in terms of concepts and geography in terms of physical locations.
“The Atlas of Chinese History” by Park Han-je is different. It is an account of Chinese history complete with images, artifacts and a map that corresponds to various events in that nation’s tumultuous past. The book includes copies of rare documents such as a map of Manchuria that describes the route that Joseon Dynasty soldiers took before their battles against the Ming and Qing Dynasty.
Korean textbooks say that during the Yuan Dynasty people from the south who resisted the Mongol invasion were discriminated against compared to people living in north. This book provides a graph that shows the greater numbers of scholars in the north who passed the government exam. It also has details of the regional distribution of scholars in each Dynasty, helping the reader to understand the distribution of political power and regionalism. The book was compiled by history professors from Korean universities. By Chae In-taek