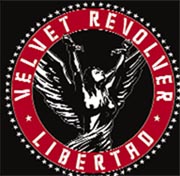 What do you get when you mate the former lead singer of Stone Temple Pilots lead singer with members of Guns N’ Roses?
The answer is Velvet Revolver, featuring Scott Weiland singing alongside G N’R alumni Slash (lead guitar), Duff McKagan (bass) and Matt Sorum (drums) with Dave Kushner (rhythm guitar.)
You also get pretty good vintage hard rock.
Velvet Revolver was formed in 2002. Its debut album “Contraband” reached the top of the Billboard chart in 2004. “Libertad” peaked at No. 5 earlier this month. The album is full of catchy riffs and solos. Slash, who is now 42 , shows he’s still got chops on “Let It Roll” and “The Last Fight.”
However, the band seems to lack a unique identity. The first single “She Builds Quick Machines” comes off as a King’s X track from the mid-’80s. And Slash’s bluesy solo on “Can’t Get It Out Of My Head” is straight out of a G N’R songbook. But Velvet Revolver can rock, which is more than can be said about a lot of other bands today.
By Yoo Jee-ho
Velvet Revolver
“Libertad”
Label: Sony BMG
Genre: Hard rock 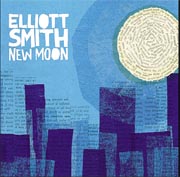 Four years after his death, Elliott Smith still holds a hypnotic sway over his listeners.
In this new two-disc compilation of previous recordings the melodic strains of his guitar and piano and his yearning, thin voice are used to explore human existence.
In the track “New Monkey,” he sings, “Anything is better than nothing,” and in “Miss Misery (Early Version),” his fear of nihilism surfaces with, “He vanished into oblivion, it’s easy to do.”
References to psychological agony abound in every track on the album.
Disc two picks up speed by increasing the tempo of each track, raising his despair to new heights.
While recounting a deeply personal struggle, this uncertainty enables his listeners to meld with him and grants Smith the power to achieve a “oneness” with the crowd, though he seems unable to piece together the discrete parts of himself. The result is an overwhelming sense of existential fragmentation.
By Renee Park
Elliott Smith
“New Moon”
Label: EMI
Genre: Folk/ Indie rock 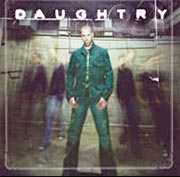 Kelly Clarkson, Carrie Underwood and Clay Aiken are the most popular alumni of “American Idol.” Chris Daughtry, the fourth-place finisher of season five, should probably be included in that list, too.
Though he didn’t make it to the finals, “Daughtry,” his post-Idol album, did. It sold 304,000 copies in the first week after its release. It also reached number one on the Billboard 200.
Chris deserves much of his success. He brings out the melody in his songs with a deep, gritty, yet crystal-clear voice. Out of the eleven songs listed, nine are self-written, making the songs richer in emotion.
The lyrics play a role in bringing out emotions too.
For example, the lyrics of “Home,” one of the best, are very encouraging, “I don’t regret this life I chose for me.”
In “There and Back Again,” Chris screams out: “Here’s your moment to shine.” One listen to his voice proves he really means it.
By Lee Eun-joo
Daughtry
“Daughtry”
Label: Sony BMG
Genre: Alternative rock