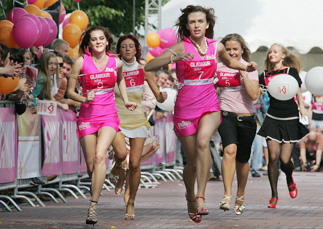 Women in high-heeled shoes sprint in Moscow Saturday to compete for a shopping voucher worth 100,000 rubles (

*The writer is a French journalist, economist, philosopher and civilization critic.