The gods must be crazy

The gods must be crazy 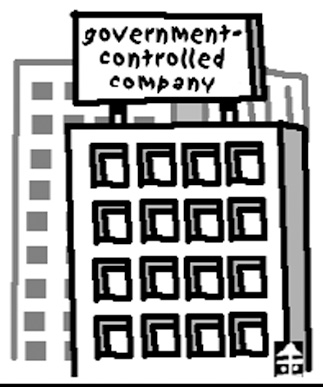 The much celebrated Mount Cheongnyang ― known for its pristine beauty ― is located in Bonghwa, a secluded region not far from Andong’s Dosan Lecture Hall. Confucian scholar Yi Hwang cherished this mountain, and a monument inscribed with his poem, “Cheongnyangsanga [The Song of Mt. Cheongnyang]” stands behind the entrance of Mt. Cheongnyang Provincial Park.
“The wild white goose and I know the beautiful peaks of Mt. Cheongnyang. The wild white goose would not deceive me: However, I can’t believe in the peach flower. Peach flower, don’t fall in the water, I worry the fisherman will come to know this place by following the floating flowers.”
It is surprising that even this great and noble Joseon neo-Confucian scholar wanted to enjoy this beauty all to himself. Now, if Yi wanted to conceal nature’s beauty in this manner, can you imagine what the gods must want to hide?
The gods have hidden one thing -- the government-controlled companies, which have become known as the “jobs hidden by the gods.”
During this time, when finding a decent job is almost impossible and the number of unemployed workers has reached astronomical heights, high-paying government-controlled jobs that offer many benefits and guaranteed employment until retirement are tempting enough to make even the gods, who look down upon lowly human lives, drool. These jobs are too good for human beings, so the gods have concealed them for themselves.
A few days ago, the Korea Racing Authority, or KRA, reported that its entering workforce recorded the highest competition rate for jobs in its history. Fourteen people will be selected from among 4,250 applicants creating a highly selective acceptance ratio of 303 to one.
Because many workers have been forced into early retirement due to company restructurings, people are looking for secure jobs that guarantee work until retirement, even if it might mean taking a hit in the paycheck. However, during the last several years, as the job market has grown tighter, some government-controlled jobs have become known as “jobs even the gods would want to work.” It has reached the point where people are praising those occupations as “jobs hidden by the gods.” All this talk comes from a desire to secure a stable job; however, it’s sad that our vibrant and energetic youth are turning their backs on challenges and competition and focusing on landing government-controlled and civil service positions.