[TALK OF THE TOWN]A match made by friends

[TALK OF THE TOWN]A match made by friends 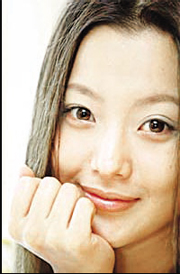 Kim Hee-sun, 30, famous for roles in dramas and sitcoms, will marry her boyfriend this October. They were introduced by friends earlier this year.
They first caught the interest of the public when Kim wrote loving words to her significant other, Park Ju-young, on her mini homepage in May. Her entertainment company declined to comment back then. The duo has already exchanged formal meetings between their respective families.
Kim debuted in 1993 and has since won numerous awards. She’s starred in well-received dramas like “Smile Again” and several movies. Her fame extends to other Asian countries, and she’s credited as being one of the celebrities who helped spread the popularity of the Korean entertainment industry abroad.
Park is the son of a Korean conglomerate family that runs the Raksan Group. He operates his own businesses in Gangnam and elsewhere. Like his fiancee, Park is known for his good looks. Last year, he was featured in a photo spread and interview in the Korean version of Men’s Health magazine.
Korean fashion designer Andre Kim, a close friend (but not a relation) of the female star, has joked to the press that he would like to present them with one of his elaborately festooned wedding dresses as a gift. By Renee Park