The burden of wealth

The burden of wealth 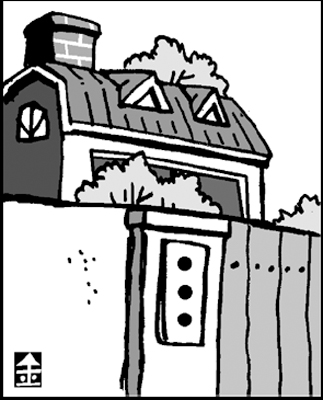 Why is Abraham Lincoln, born in a log cabin in rural Kentucky in the United States in 1809, the most admired president of the United States?
This is not only for his achievements, such as the emancipation of slaves, but also his personal character, having overcome poverty and other ordeals.
The line of presidents from log cabins who considered poverty as a blessing runs from Lincoln, the 16th president of the United States, to Andrew Johnson, the 17th, to James Garfield, the 20th. Indeed, the line originally dates back to Andrew Jackson, the seventh president. He was the first president born to a poverty-stricken family, but earned success through tenacious pursuit of personal development.
A recent in-depth report by the American Broadcasting Company (ABC) about former U.S. President William Henry Harrison is interesting in that regard.
The U.S. presidents have historically been much wealthier than the public knew.
Why is it that?
It is some consolation for people with troubled lives to know that these are presidents who have come from a lowly background. Indeed, many people barely pay attention to the fact that Lincoln’s family was affluent before he was born.
Aiming at the votes from the poor, some politicians intentionally avoid being seen as having vested power.
John Edwards, a presidential candidate of the Democratic Party, claims to be a crusader for the poor against the “two Americas,” but his assets are worth $65 million.
A high-profile man at the Blue House criticized the idea of a “wealthy president” at a recent lecture on Jeju Island.
He taunted that “an ‘economy president,’ a gentleman mentioned [referring to a speech by a Cho Suk-rae, the president of the Federation of Korean Industries], must have meant a wealthy president ... but the economy, in politics, is not merely about making money, but more about distributive justice and taking care of the less-advantaged.” Just as Cho’s lecture last week was coarse in its wording, the retort from the Blue House was the same.
If the term wealthy president was used to mock a particular candidate of the opposition party, it should be dismissed as just political campaigning.
For one thing, wealth itself should not be understood as a problem. Some presidential candidates who find the burden of property too much may rush to cover themselves, saying they have a log-cabin background, I am afraid to say.