The worst kind of pain

The worst kind of pain 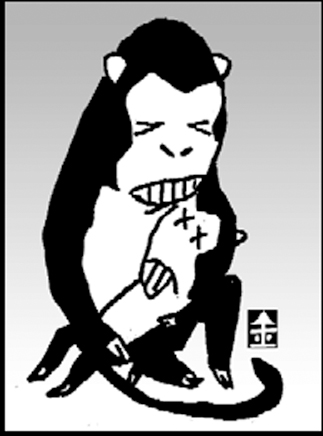 “A flute melody carried by the wind tears apart my intestines,” sang Admiral Yi Soon-shin, a great wartime hero of the Joseon Dynasty, during the war.
A popular song that best reflects the woes of the Korean War is “Miari Hills tore apart my intestines.” The song is about the grief of a woman who lost her husband when he was arrested by North Korean soldiers and carried back to the North through a route that passed across Miari Hills, in northern Seoul.
When sadness reaches its apogee, it feels as if the inside of your body is melting, too, tearing apart your intestines.
The expression is often used to describe the utmost grief of losing one’s family or relatives, but it also captures the extraordinary tension and stress felt by Admiral Yi.
The Chinese often use the same expression, too. If you look for this Chinese term in any search engine for Chinese Web sites, a countless number of results appears. They are a way to describe contemporary issues as unbearable misery.
A respected writer of the Song Dynasty, Su Dong-po, wrote in a poem “My Wife Seen in a Dream” that “thinking of her, I would have ripped apart my intestines every year/ in a bright moonlit night/ on the hill of pine trees.” Having seen his wife who died 10 years before in his dream, Su recalls the memory of the hill of pine trees in a moonlit night, which is the tomb of his wife.
Yet the most intense form of grief must be found in parents who lost their children.
Although the flow of water has now gone gentle due to the construction of a large dam, the Three Gorges of the Yangtze River used to be known not only for the threatening speed of the water but also for many number of monkeys living there. When a general passed by the Three Gorges, one of his soldiers captured a young monkey. Its mother wailed sadly, following the ship of the general along the Three Gorges. What is more, the mother monkey died while she was trying to jump on the ship. When people opened the belly of the monkey, her intestines were all torn apart. This is an anecdote recorded in an ancient book.
The parents of the Korean captives of Taliban must be feeling the same way. What else could the parents feel but the woes that rip apart one’s intestines, witnessing their children perish at gunpoint by these people.
It is said many Koreans sit at the television in the morning these days, sharing the grief of those parents.
For stomach-tearing pain, the minds of Koreans are imbued red.