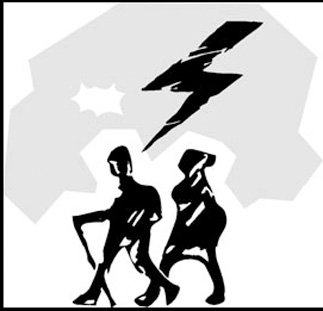 Ancient people in both the Western and Eastern worlds believed that meteorological phenomena were created by the gods.
In particular, they feared thunder and lightning because they thought the gods created them to punish people who sinned. A thunderbolt looks frightening and yields enormous power, and was rightly feared.
For a sinner, a thunderbolt was a punishment from above ― but for an innocent person, it was a disaster out of the blue.
Lightning has been observed for a very long time, but few scientific explanations were made for it until the modern age. In the Song Dynasty of China during the 11th century, a written record called lightning an electrical phenomenon. Only 700 years later, Benjamin Franklin verified the theory in an experiment.
In 1752, Franklin conducted his famous kite experiment and discovered that lightning was static electricity, which was charged in the clouds and released to the ground.
A lightning bolt carries hundreds of thousands of amperes of electricity and travels 45 kilometers, or 28 miles, per second.
The temperature in a lightning bolt is up to 3,000 degrees Celsius (5,432 F), five times higher than the temperature on the sun’s surface. Thus, a large lightning bolt can cause serious damage to both people and property.
Lightning hits frequently in places where climate conditions and topography are perfect to produce thunderheads, or cumulonimbus clouds.
The area between the cities of Orlando and St. Petersburg, Florida in the United States, is called “Lightning Alley” because storms accompanied by thunder and lightning strike on an average of 120 days a year. Tall buildings have lightning rods to protect them, but still there are more chances to be hit by lightning there than in other areas.
The Empire State Building is hit by lightning 23 times a year on average. Once, the building was hit by lightning eight times in 24 minutes. According to a journal on lightning released by the Korea Meteorological Administration, lightning struck 1,306,581 times in Korea last year. Lightning occurred more often in August than the rest of the year. The northeastern area in South Chungcheong was hit by lightning more often than other areas.
For the past couple of days, sporadic storms have continued, increasing the number of lightning bolts. On June 29 alone, 140,000 lightning bolts hit, killing four people on a peak of Mount Bukhan. On Saturday, lightning bolts struck 70,000 times. We can’t stop storms, but we can prevent damage from lightning if we are well-prepared.