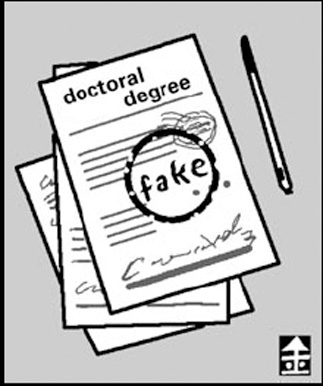 The world has branded China for its fakes, but Korea is no better if you think about it. Scams and frauds are widespread here. China produces sham products, but Korea provides scammers who practice as if they were certified. In addition, the members of the public receive them enthusiastically.
In an anecdote that appears in the “Chronicle of Zuo,” a high-ranking official from a country visits a neighboring state. When he returns to his country, he enters an inn as it gets dark. Perhaps because of his class, or perhaps because of his clothes, the owner of the inn thinks the man is special.
As the official leaves, the owner of the inn decides to accompany him on his journey, expecting something special to happen. After following the official for a while, the new companion changes his mind one day and returns home. His wife asks him why he came back so suddenly.
The man answers, “He was not as he seemed. He had such a strong personality that his answers were all inclined in one direction. He spoke splendidly, but without meaning,” the inn owner said. He conjectures, “That man will likely invoke animosity from others, and the god of war will follow him instead of the god of fortune.”
Superficially observed, the official looked all right, but after careful analysis he proved out to be nothing but a fake.
Koreans are now witnessing a lack of integrity in every nook and cranny of society. News about fake degrees pops up every day.
Shin Jong-ah’s fake Ph.D. from Yale University opened the whole farce. Then a well-known interior designer who once appeared on TV was followed by a TV English teacher, a celebrity in the cultural society and so on and so forth, with similarly fake academic degrees.
But what is worse is this society’s atmosphere, which encourages and accelerates such forgery.
Isn’t this a real feature of our society, which is so overwhelmed by snobbery that it can’t even tell the originals from the fakes? We are duped by academic degrees, physical appearances and glib speeches.
Paul Potts from the United Kingdom, a former cell phone salesman and winner of “Britain’s Got Talent,” is now gaining worldwide popularity as a singer.
His physical appearance would not be called great and his career had been rather insignificant, but Paul continued in his quest to realize his dream to become a classical singer, and he is finally a worldwide celebrity.
We all should learn a lesson from his genuine effort to pursue a real existence.