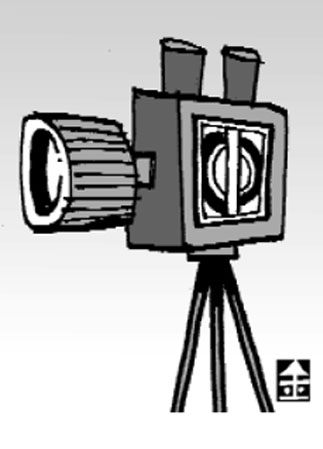 This is war. Director Shim Hyong-rae’s movie “D-War” has provoked the war.
Supporters of the movie do not hesitate to blast its critics. Sound criticism and pure enthusiasm for the film has been lost.
Culture critic Jin Jung-gwon said “the box office popularity of the film comes from a combination of patriotism, nationalism, capitalism and a human success story.”
Along with the feeling of accomplishment that the film is on par with some Hollywood movies, the success story of the director has been lengthened. Regarding the film itself, most say the computer graphics are excellent but the plot is lacking.
The difference between D-War and other blockbuster movies is that it is being consumed as a heroic story of a non-mainstream person. The director, originally a comedian from the far outskirts of Chungmuro, is regarded as a non-mainstream hero and has a huge netizen fanbase. Tough criticism reinforced his image as a victim who braved ordeals. Tears the director shed on TV added a final touch to the D-War drama.
What is more interesting is the argument to aggrandize the cultural strength of a nation.
Shim was the first recipient of the project to build the cultural strength of this nation. He was appointed as the first “New Intellectual,” which refers to ordinary people who make a great achievement.
Shim entered the media spotlight as a dark horse candidate to build a creative industry. Former president Kim Dae-jung adopted a policy to foster the film and video industries into a national economic growth engine, comparing the sales revenue of the film “Jurassic Park” to Hyundai Motors.
The so-called Korean Wave mostly swept through Asian countries.
The recent wins by Koreans at overseas film festivals such as Cannes, the massive ticket sales for the movie the “Host” and the popularity of Korean soap operas, historical TV shows and music have all been highlighted as evidence of the power of the entertainment industry to fortify the national economy.
Thus it is no surprise that a Korean movie became the object of patriotic consumption or accomplishment.
Surely the argument to grow the entertainment industry into a pillar of the national economy is still effective and powerful in the 21st century.
However, this can present a trap.
Can we not have more diverse reasons to see a movie other the simple-minded reasoning that if Korean movies succeed, Korea becomes strong; ergo all Koreans should watch Korean movies.