Get some peas at Olympic Stadium

Get some peas at Olympic Stadium 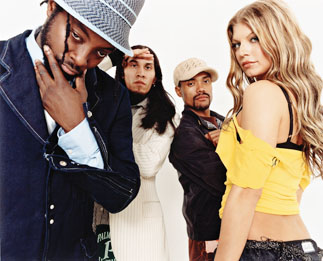 The Black Eyed Peas will be looking at Seoul on Independence Day. Provided by the organizers

They’ve topped billboard charts all across the globe and now four-time Grammy nominee Black Eyed Peas have started a feeding frenzy among Korean fans, eager to grab the few remaining tickets for next week’s concert. The group will return to Seoul for the second time next Wednesday to perform at Seoul Olympic Stadium.
“You are going to be hearing some individual solo songs from each artist. It’s going to be an exciting time since we haven’t performed together for a while,” said member apl.de.ap, in an interview with the record label.
The Seoul event has been organized by M&FC and Private Curve Co. Ltd. and all four group members are expected to be in attendance.
Main rapper Will.i.am, who also works as a producer for luminaries in the music scene including Michael Jackson, will accompany Fergie, apl.de.ap, and Taboo. They will sing hits like 2005’s “Don’t Phunk With My Heart.”
Their ability to seamlessly combine traditions across several different genres, including R&B, Hip-hop, and Funk has helped to seal to the group’s popularity, according to M&FC spokesman Chang Jong-Kyu. “Their music isn’t heavy. It’s easy to listen to...[and] their music appeals to Koreans because it’s music you can dance to in nightclubs,” he said.
The group will come directly to Seoul after participating in Japan’s Summer Sonic Festival 2007.
Last year, the quartet performed at the 2006 Incheon Pentaport Rock Festival. According to Chang, the group enjoyed the concert so much that they improvised, straying off their original program. Members used freestyle rap, and Fergie even rolled on stage.
“They liked it themselves, and when [the concert was over] they hit up Korean clubs,” Chang said. “They wanted to perform again for the Korean audience, to give them a real show,” he said.
Fans will get a special treat by getting the first live preview performance of Will.i.am’s upcoming solo album scheduled for release late next month. He will be singing his single, “I Got it From My Mama.”
The foursome rose to fame shortly after the release of their third album, “Elephunk.” This year, they won a Grammy in the “Best Pop Performance by a Duo or Group with Vocal” category for the song, “My Humps.”
Tickets run from 66,000 won to 121,000 won. The performance will start at 7 p.m. on Aug. 15 at Seoul Olympic Stadium. For more information, call (02) 563-0595.