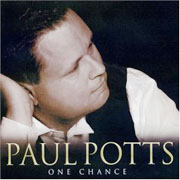 America has idols, but Britain’s got talent in the form of Paul Potts, the winner of ITV’s talent search show.
His recently released debut album has soared toward the top of the UK Albums Chart and sold 130,000 copies in its first week.
Even famously nitpicky judge Simon Cowell acknowledged the merits of Potts’s operatic voice. While far from rivaling Pavarotti, Potts, an average English guy who used to sell cell phones, managed to capture people’s hearts with his lifelong dream of becoming an opera singer.
Disc offerings include all-time favorites such as “Nessun Dorma,” the aria from the final act of Puccini’s opera “Turandot;” Andrea Bocelli and Sarah Brightman’s “Time To Say Goodbye (Con Te Partiro)” and Josh Groban’s “You Raise Me Up (Por Ti Sere),” all with Italian or Spanish lyrics.
For his first step toward realizing his dream, Potts should receive a round of applause for bringing opera back to the masses.
One Change
Artist: Paul Potts
Label: Sony BMG
Genre: Classical
By Lee Eun-joo 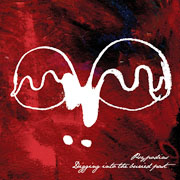 " Digging into the buried past"

The first solo release from artist Psypodias draws inspiration from bossa nova and traditions of lounge and jazz. In its aptly titled, “Archaeology 101,” a narrator drones, “What we think of as the buried past...was once the living present, lived by men of flesh and blood.” The marching, throbbing sound of drums segues into the second track of the album, “A New Hope.”
Overall, there is a lot of repetition in the songs, creating the perfect low-key ambience for those more interested in sipping cocktails than listening. Strains of saxophone, guitar and the like move back and forth to meld the tracks into a more futuristic, electronica bent. The album draws from so many musical disciplines that the repetitions present in each track doesn’t overpower the album as a whole. “Sleeplessness,” with its xylophone and other percussion instruments, is particularly endearing to the ear. Psypodias does himself proud in this 16-track collection that deserves a perfect 10 from its listeners.
Psypodias
Album: Digging into the buried past
Genre: Lounge
Label: Sony BMG
By Renee Park 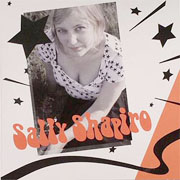 Sweden’s Sally Shapiro follows the melancholy synth heritage of indie pop groups like The Lightning Seeds and the Pet Shop Boys in her first full-length album “Disco Romance.” The album is an assortment of songs that clash like the cinema montage in “The Battleship Potemkin” as she uses sad melodies to full advantage by making her lyrics sound as happy as a cheerleader on Prozac. It’s as if ’70s disco and ’90s lo-fi got married and gave birth to Sally Shapiro.
The songs all start with booming bass lines that cushion the high-pitch quiver of synth harmonies in minor keys. All the while, Shapiro whispers promises of love. The melodies are stripped of complexities, making the synth solos as distant as an interplanetary soundtrack to “Star Trek” and just as tragic. In “Anorak Christmas,” a cover of Nixon, a Swedish twee-pop band, Shapiro lets out a faint, “Please don’t go, I love you so, I want to kiss you, I need to kiss you,” as if mouthing a spell. Her voice is too soft to be hopeful and thus tends to drown in foggy-eyed nostalgia.
Disco Romance
Artist: Sally Shapiro
Label: Diskokaine
Genre: Electronica
By Cho Jae-eun