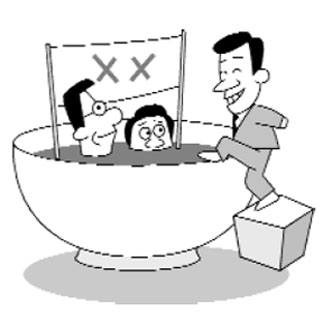 During the Joseon Dynasty, the kings ate two meals a day, at 10 a.m. and 5 p.m. respectively. King Sukjong enjoyed chicken with black bones. King Gojong enjoyed soft dishes, since his digestion organs were not in good shape. Besides the main dish, the kings were served refreshments before and after meals. Those refreshments had names that meant morning refreshments and evening refreshments.
King Jeongjo, who is known as a faithful son, prepared a refreshment for his mother’s 60th birthday in February 1795, and the menu is recorded in detail. For this birthday party, Jeongjo visited a temple in Hwaseong, which is today known as Suwon. This party continued for eight days. Let’s take a look at the menu for the party’s evening refreshments.
The nine different side dishes were prepared with slices of boiled meat, dumplings made with buckwheat, gaksaekpyeon, or multi-colored rice cakes, multi-colored fruits preserved in honey, various dumplings, honey, sauce and a dish called japtang, which literally means a mixed dish. The ingredients of japtang are luxurious even for today. It uses mullet fried fish, which was known as the best fish in the Joseon Dynasty, lean meat, cow brain, cow stomach, the small intestines of a cow, chicken, baby pig wrapped in cloth and meat from a pig’s leg. Chefs sliced up the meats, sauced them, put them in a pot and added salt. Then ear-shell, sea cucumbers, a kind of wonton, mushrooms, dried gourd, and pine nuts were added to make the hot stew. This was an exquisite dish that is hard to get these days.
Though the word jap reminds us of miscellaneous things, the dish actually used all the top ingredients. Thus the japtang broth was extra-special and delicious. This is why japtang was sometimes called Byeoljaptang since byeol means extraordinary. To look at the origin, japtang was one of the top dishes in the palace. And since King Jeongjo served it for his mother’s big birthday party, it is no wonder the dish was a delicacy.
Recently, the Grand Unification Democratic New Party is controversial, because it is called japtang with various parties just mixed up. And furthermore, it announced its merger with the Uri Party. When the Grand National Party criticized it for being japtang, the representative of the Grand Unification Democratic New Party retorted, “We are fusion, not japtang.”
Repartee is one’s free will. However, the delicious dish japtang has suddenly lost its prestige. If we could have asked King Jeongo, he would have remarked, “How dare them! This political faction could not even be an ingredient of japtang ....”