[Talk of the town]Shamed actress stages a comeback

[Talk of the town]Shamed actress stages a comeback 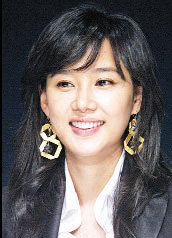 As 1989’s Miss Korea and the star of dramas like 1988’s “Sarangi Goetpineun Namu” and 1997’s “Saranghanegga,” Oh Hyeon-gyeong seemed poised to win more accolades. But after a video of her sexual exploits surfaced in 1998 the trajectory of Oh’s stardom diminished, forcing her into obscurity for 10 years.
Now she’s back in the spotlight with an SBS drama, “Jogang Jicheo Club.” Set to air next month with 50 episodes, it revolves around the trials and tribulations of stay-at-home wives.
At a press conference last week, Oh, 37, expressed sorrow about her hiatus. “I was always relegated to the role of a scandal-plagued female,” she said.
But the public backlash against her, including caustic online comments, strengthened her resolve to act again, she said. She also credited her friends and family for their support. She said she especially wanted to stage a comeback for the sake of her child.
During her forced retirement from the Korean entertainment industry, Oh worked as a company director at the business where her ex-husband, Hong Seung-pyo, served as president. She also worked as the representative of JY Golf.
Oh was the first female celebrity in Korea to be vilified and lampooned after she appeared in a sex tape. Others, including singer Baek Ji-young, 29, have also suffered because of such scandals. By Renee Park