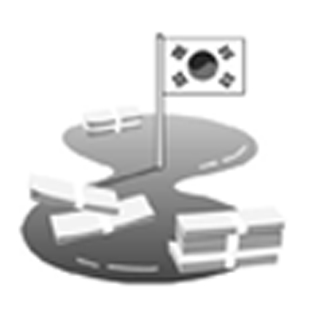 The shape of a liquid, such as water or oil, changes freely, based on its container.
We say something is a “liquid situation” when it is uncertain what will happen, depending on the circumstances.
The flow of money also constantly changes.
Money can easily be converted into other types of assets. With money, one can buy goods or real estate, or one can invest in stocks or bonds.
In economics, the term liquidity indicates how easily a certain asset can be converted into another type of asset.
Cash is more liquid, and assets that are harder to convert into cash, such as real estate and art, have a relatively low liquidity.
In general, if it is said that the whole economy has high liquidity, it means there are a lot of assets in the market that can be converted to other forms. In that sense, liquidity also refers to the volume of money released in the market.
The measure of liquidity that the Bank of Korea releases is quite broad, because it includes cash in the market, the liquid assets of financial institutions and the bonds issued by the government and private companies.
In short, when a market becomes more liquid, it has more money.
Absorbing liquidity means taking money out of the market.
These days, liquidity has become an issue both inside and outside of the country.
The Bank of Korea has raised the call rate in an attempt to absorb liquidity, which has grown too high.
Meanwhile, central banks in other countries have decided to supply funds without any limit to avoid a subprime mortgage crisis.
The problem is that the subprime mortgage crisis, which led to a tightened securities market, occurred in the first place because there has been too much liquidity around the globe since 2003.
The liquidity was so high that people with very risky credit were given loans that they now cannot pay back.
When interest rates then increase, it becomes harder for people to pay back loans, creating a vicious cycle. Too much money in the market now dries up the money in the market.
Central banks have to increase their liquidity to resolve the problem of too much liquidity in the market, an ironic situation.
The Bank of Korea, which started to absorb liquidity last week, is now in a difficult situation. Liquidity creates problems that do not hold a constant shape.