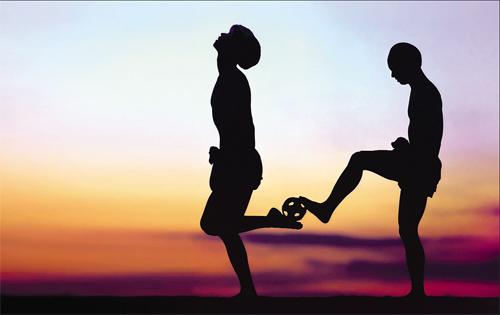 
When people tune into EBS, a national educational TV network, they have goals ― not pleasure ― in mind. High school students look for lectures tied to college examinations and office workers seek to polish their English. However, from Aug. 27 to Sept. 2, there is a fun reason to tune into the channel.
EBS’s fourth annual feast of documentary films will fill their schedule for eight hours on weekdays and 14 hours at the weekend.
This year, the festival features five Korean and 53 international documentaries from 35 countries. Under the theme of “communication for coexistence,” many of the films remind viewers that the reality is often more dramatic than fiction.
The festival will open with “Echoes of Home” by Stefan Schwietert, a film about three Swiss vocal artists who mix experimental music with traditional styles. In the Festival Choice section, 12 films compete for prizes ― the jury members include Geoffrey Gilmore, co-director of the Sundance Independent Film Festival.
English-language films include “They Chose China” by Shuibo Wang, about American POWs from the Korean War who decided to live in China in opposition to McCarthyism at home. “Mystic Ball” portrays a Canadian’s pursuit of the Burmese sport chinlone, and “Made in Korea: A One Way Ticket From Seoul to Amsterdam?” is the autobiography of In-soo Radstake, an adoptee from Korea who was taken to the Netherlands.
Other notable sections include “Portrait of an Era,” which includes “Manufacturing Dissent: Michael Moore and the Media,” a look at how the U.S. documentary filmmaker creates political messages in films like “Fahrenheit 9/11.” The section also presents “The Short Life of Jose Antonio Guiterrez,” about the first American soldier who died in the Iraq war.
The sections “Shadow of Globalization” and “Forefront of Documentaries” offer political films but the festival is not just about serious topics, as it also offers personal stories in the “Meaning of a Family” and “Challenge of Hope” sections.
The festival also offers a master class program.
On Aug. 28, Geoffrey Gilmore will present a session on U.S. independent films, followed by sessions with Steve French on Aug. 29 and Annie Goldson on Aug. 30.
The sessions are offered free as long as reservations are made by Monday on the festival’s Web site.
Viewers can also enjoy the films on bigger screens at theaters in and around Seoul including EBS Space in Dogok-dong, southern Seoul; Megabox COEX, a multiplex in southern Seoul; CJ-inD at Yonsei University in northern Seoul; Alternative Space Loop near Hongik University in northern Seoul and Art Space Camerata in Heyri, Gyeonggi.
Or, you can just turn on the television and enjoy being a well-educated couch potato.

For more information, visit www.eidf.org, where brief information is also available in English.