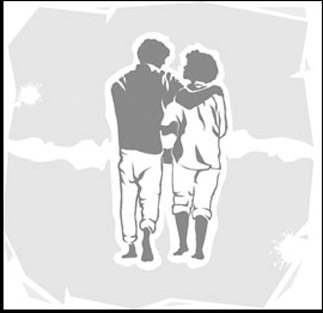 Homosexuality is now more acceptable and that is reflected in mass culture. This year’s Academy Awards gave the gay Western film “Brokeback Mountain” the Best Adapted Screenplay Oscar. Brokeback Mountain won three Oscars and that caused a buzz at intellectual dinner parties because the Academy tends to be conservative.
A similar change has been observed in Korea. Films, TV dramas and commercials have become more generous toward homosexuality. Although it is still regarded as abhorrent in some quarters, the degree of loathing seems to have abated. The Korean film “Clown Jester” effortlessly sold 10 million tickets despite its homosexual theme. The independent movie “No Regrets,” which features a gay couple, set a record for box office success among independent films.
The new TV drama “Coffee Prince” on MBC has also become extremely popular among young people who have been attracted by the subtle homosexual themes in the opening episodes. Coffee Prince describes a romance between a cross-dressing girl who looks like a pretty boy and a handsome young man. It has a happy ending when they discover there are both heterosexual, but the painful love of what, at first, seemed like a homosexual couple was a critical factor in the show’s blazing success.
In an opinion poll taken by a radio program, 25 percent of females said they enjoyed homosexual stories on TV while only 16 percent of males said they had the same preference. By age, 24 percent of people in their 20s enjoyed such stories, 23 percent of people in their 30s, and 16 percent of those in their 40s. The survey showed that young women tend to have less aversion to homosexuality. The majority of the audience for No Regrets were women in their twenties.
Gay romance has been a favorite with teenage girls who enjoy fan-fiction, based on the real personalities of young male idols who fall in love with each other. Instead of losing their oppa, a personal noun in Korean that women use for men who are older than them, to other women, girls would rather have their oppas make love with each other.
Behind these tendencies lies the changed relationship between men and women. Women are showing their sexual desire more openly and some are using gay romance as a way of making men an object of such desire. In this vein the German movie “Summer Storm,” in cinemas now, describes the journey of a boy who realizes he is gay during summer camp. It’s popular with young women because it displays the bodies of beautiful young males as often as possible.