Many varieties of money reveal Korea’s tough past

Many varieties of money reveal Korea’s tough past 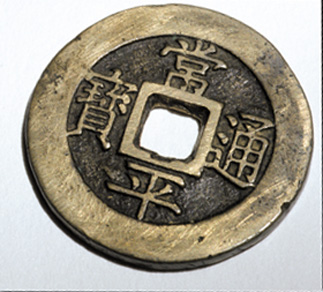 According to the French philosopher Voltaire, when it comes to money, everybody has the same religion.
Three centuries later and halfway across the globe, his words are still relevant, at least according to the enormous crowd that gathered in front of the Bank of Korea in Seoul this January.
The crowd began forming on Jan. 18 and people slept on the street to secure their place on line. They all wanted to exchange their existing money for new bills which were due to come out on Jan. 22. Because new bills are not issued very often the first examples that appear are believed to be worth more, especially those with serial numbers like 7777777.
From the beginning, the new bills were controversial. The authenticity and “Korean element” of the cultural assets and historical figures on the front and back were questioned. For example, the celestial globe on the back of the new 10,000 won bill is said to originate from China. Also Lee Hwang (known as Toegae) on the 1,000 won bill would not have worn the hat that’s seen on his head although the Bank of Korea claims it followed the basic outline of a portrait drawn by Lee Yu-tae (1916 to 1999).
For any civilization, building a monetary system is never easy. For Korea, the effort to create a formal currency started during the reign of King Seongjong in 996 although the Goryeo Dynasty (918 to 1392) made Korea’s first coin, the geonwon jungbo.
Before the geonwon jungbo appeared, records show that iron was the preferred medium of exchange from the early Iron Age through to the Korean Three Kingdoms period (57 B.C. to A.D. 668), replacing, although not wholly, a barter system based mainly on cattle, grain and cloth.