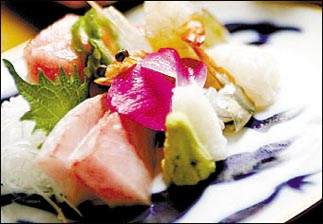 Millennium Seoul Hilton
Sept. 1 to 30: Orangerie, the international buffet restaurant at the Millennium Seoul Hilton, hosts the “world’s spiciest food festival.”
The featured menu ranges from spicy spaghetti to spicy salads with lots of red peppers. Specialty stations will offer made-to-order pastas like fra diavolo, Chinese BBQ and Sharwamas. The lunch buffet is 45,000 won ($48) for adults and 27,000 won for children under 13.
Dinner prices are 48,000 won for adults and 29,000 won for children, including tax and service charges.
Orangerie: (02) 317- 3143
Jung District, central Seoul
www.hilton.co.kr 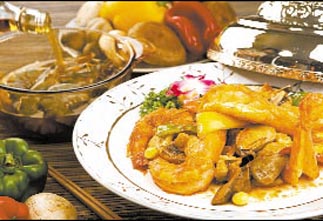 Imperial Palace Hotel
Sept. 1 to Nov. 30: Cheonsan, a Chinese restaurant at the Imperial Palace Hotel, introduces shark’s fin stew and shrimp. The shark’s fin stew is cooked with white truffles. The autumn set menu A consists of steamed scallop, shark fin and Oryong Trepang. Set B includes steamed shark fin, jeongabok and beef tail with hot and sweet sauce. The menus cost 100,000 won or 70,000 won, respectively. The shark fin stew with truffles and shrimp are available as a single dish. Shark fin stew is available for 100,000 won and the price of the chuiha shrimp depends on the market price. Prices do not include tax and service charges.
Cheonsan: (02) 3440-8000
Gangnam District, southern Seoul
www.imperialpalace.co.kr