[BOOKS IN BRIEF]Recipes for successful change

[BOOKS IN BRIEF]Recipes for successful change 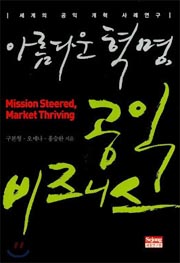 In 1980s, Ireland was one of the poorest nations in Western Europe. In 2005, however, it achieved per capita income of $40,000. The Alexandra Hospital in Singapore was a third-rate institution in 2001 but it is now one of the world’s best. What tricks can be learned from these rapid developments? The authors present successful stories from the public sector and suggest that public services can be a lucrative business if they learn by example. For instance, Alexandra Hospital’s secret was that it hired a new CEO who provided powerful leadership. Ireland’s government established several Japanese language colleges to please Japanese businessmen and created a boom in Japanese investment. The public service is often seen as backward. Being exempt from competition means few public servants worry about being laid off or work as hard as they can. However, the trick for improving public services is to increase the sense of crisis and maintain a competitive administration. With these strategies, public companies can survive without help from outside. The drawback of this book is its insistent support for all successful cases. It argues that liberal arts are the key to success when describing a university, but then chooses business administration as the key when explaining Ireland. By Kim Young-wook