The Republic of Complex

The Republic of Complex 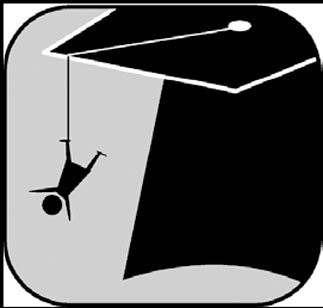 The word “complex,” when used with reference to psychology, refers to unconscious thoughts and feelings as a source of human actions. Although analytical psychologists such as Sigmund Freud and Carl Jung coined the term, it is a combination of two Latin words, “com” and “plectere,” which mean to weave together and refer to something woven or complicated.
Freud uses the term to describe the tension between taboo and desire. It is a combination of repressed feelings due to morality, ethics and conscience, and it establishes the foundation of the human mind in tandem with the id, ego and superego. Variations of complex include the Oedipus and Electra complexes, which a young child feels about his or her opposite sex parent. Jung said complex is the central node of one’s psychological life and a prototype of human feelings, perceptions and desires. In a more popular sense, a complex is a feeling of inferiority. The term “inferiority complex,” coined by Alfred Adler, has spread to the general public. Once a student of Freud, Adler opposed the Freudian theory that hinges upon sexuality and desire as a conclusive factor of almost everything and instead provided a sound perspective on the human mind that overcomes feelings of inferiority.
According to Adler, being human is tantamount to realizing the inferiority of one’s person. Yet this inferiority also becomes a motivation for human behaviors. It is a powerful locomotive since humans also have a desire to be superior. For instance, a child experiences weakness, helplessness and dependency compared to an adult, but these feelings motivate the child to grow up.
Adler emphasized rising above one’s feelings of inferiority. He cited the examples of Demosthenes, an ancient Greek orator who overcame a speech impediment, and former U.S. president Roosevelt who overcame his physical weakness. Adler also said if inferiority is not overcome in a constructive way one might have psychological distress or become a criminal.
Behind the series of fake degree scandals hides an “academic complex.” It is not merely a problem of a single individual lacking moral integrity but of an entire society with a collective complex. Many other complexes are found in this society: The English complex, Gangnam complex and Red complex against communism.
Symptoms are obvious, yet prescriptions seem obscure. A pathological society that suffers a range of complexes and psychological symptoms is a portrait of South Korean society, also known as the Republic of Complex. Our national mental health is threatened.